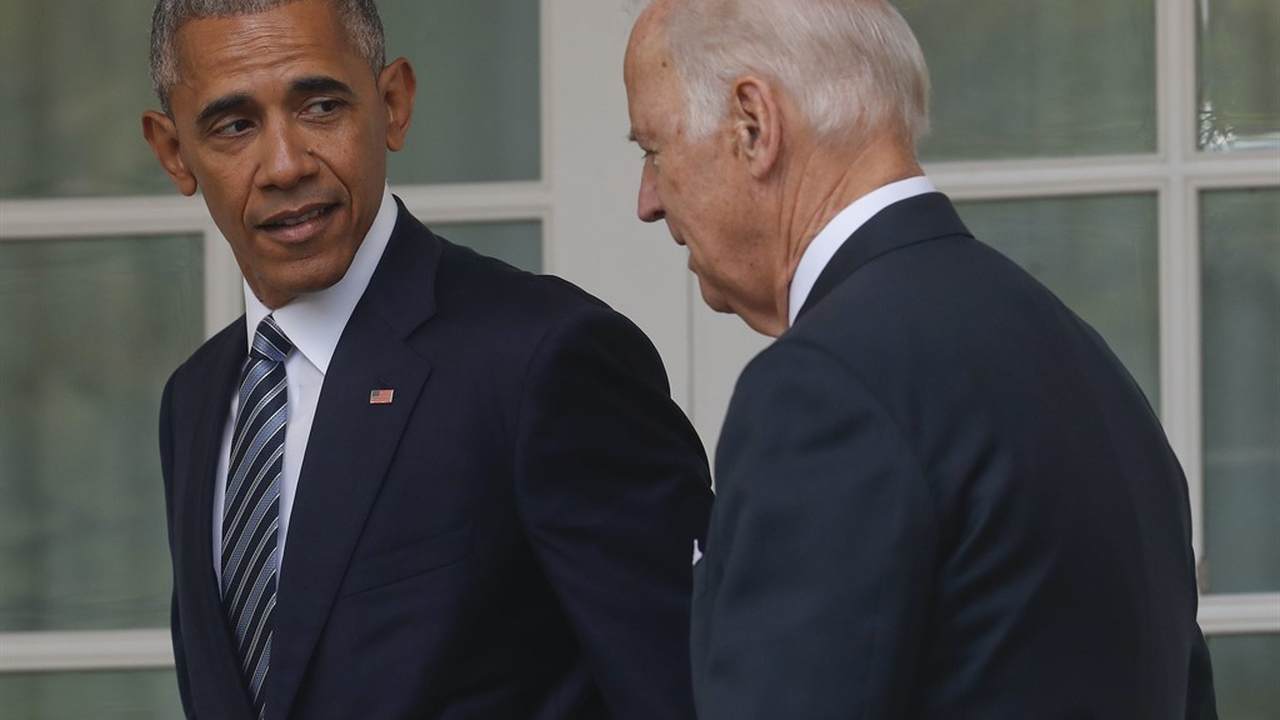 The clip is a parody of an Allstate commercial, where the insurance company's spokesman Dennis Haysbert is replaced with Obama's head, surrounded by friends watching a basketball game on the television. During a commercial break, a fake ad comes on the screen of Biden talking about how kids used to play with his leg hair while he worked at a pool.

"And by the way, you know I sit on the stand, and it'd get hot. I got a lot of — I got hairy legs ... that turn blonde in the sun," Biden said. "And the kids used to come up and reach in the pool and rub my leg down, so it was straight and then watch the hair come back up again."

That clip was from an event Biden held in June 2017 when he told the crowd about his time lifeguarding at a Delaware pool.

The Obama character shrugs and asks, "What?" as his friends stare at him.

At the time of writing, the satirical video was viewed 13.9 million times since it was shared Monday morning.

I’m proud to endorse my friend @JoeBiden for President of the United States. Let's go: https://t.co/maHVGRozkX

"Choosing Joe to be my vice president was one of the best decisions I ever made, and he became a close friend. And I believe Joe has all the qualities we need in a president right now," Obama says in his 12-minute address.