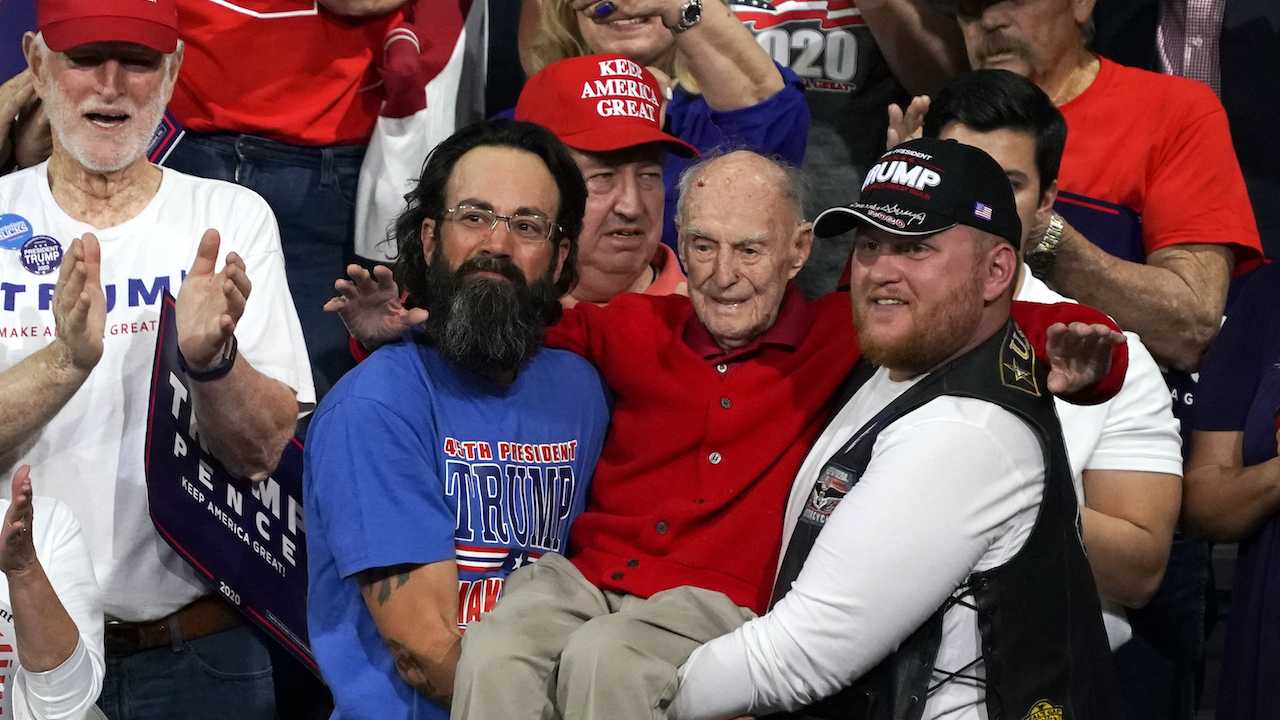 "I don't know if he knows it, but he's, right now, the hottest celebrity in the world," Trump said. "He might even be hotter than Trump right now; I have to say."

After announcing Julian, Trump turned around and gave him a round of applause as the two men lifted him up again.

Chants of "USA!" broke out as Donald Trump Jr. is seen standing to the side, ready to surprise the men with signed memorabilia.

"I asked my son Don to get a couple of hats and get some things and give them to Ervin right now, and I want to thank you, really, that's a great honor and thank you for the great job you've done, an American patriot, thank you very much," Trump said.

A beautiful moment from the #TrumpRally in Phoenix last night.

President @realDonaldTrump surprised a disabled WWII veteran and the two men who carried him to his seat with signed hats that @DonaldJTrumpJr delivered to them!

THIS IS WHAT OUR MOVEMENT IS ABOUT ???? pic.twitter.com/uxDI4ZVA3T

Conservatives praised the viral moment ahead of Trump's remarks.

These guys carried a World War II Vet to his seat at tonight’s Trump Rally.

President Trump really does have the best people supporting him ????
pic.twitter.com/Rg1VfDCnH1

Do these look like the “deplorables” Hillary warned America about?

This is the America I know, this is what Trump supporters are all about and what they stand for, this is what I see at every one of @realDonaldTrump’s rally’s.

Trump supporters just carried a World War II veteran to his seat for the rally tonight.

Speaking about the moment, Donald Trump Jr. said that while he is "not an overly emotional guy, it literally got to me."

"That's what these rallies are about," he told the crowd. "That's what this movement is about. That's what people either don't understand or, in my opinion, pretend not to understand about what's going on here. You guys, truly awesome. Thank you for what you do for America."