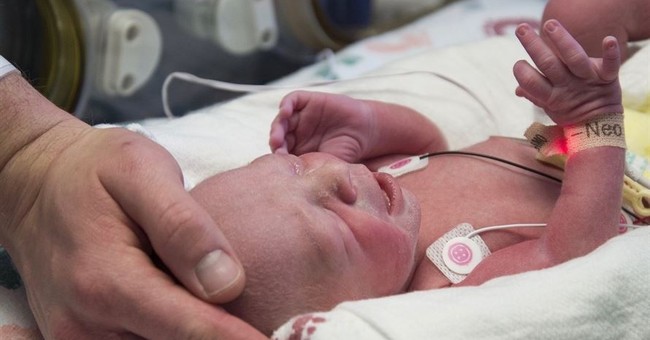 Colorado Democrats voted against a bill on Tuesday that would require physicians to render care to a baby who survives abortion.

HB 1068 would establish a "physician-patient relationship between a child born alive after or during an abortion and the physician who performed or attempted to perform the abortion,” states the Colorado General Assembly summary of the legislation. “The bill requires the physician to exercise the same degree of professional skill, care, and diligence to preserve the life and health of the child as a reasonably diligent and conscientious physician would render to any other child born alive at the same gestational age and requires that the child born alive be immediately transferred to a hospital.”

Republicans, including co-sponsor of the legislation State Rep. Shane Sandridge, emphasized the bill is “not an abortion bill” but rather, “a murder bill.”

Jeff Hunt, director of the Centennial Institute, said in a Facebook video that putting a woman's right to "choose" means "inflicting horrible violence up a child to end its life."

"Pro-abortion Democrats oppose this bill and they should be forced to explain why their allegiance to the abortion industry's agenda should allow a practice that is tantamount to infanticide," she said. "It is outrageous that a born-alive human person may be subjected to lethal violence with impunity or be treated as if she is medical waste."

Some Democrats argued the legislation would have limited abortion access.

"I do believe the effect of this bill to create a new felony for this kind of action would have the effect of limiting access to abortion in this state," State Rep. Chris Kennedy said, reports CBN. "I think that is a legitimate concern and a real problem."

Sadly, this position has become the mainstream Democratic position on abortion, where there seems to be no room left for pro-lifers in the party.