Democrats Push 'Most Radical Legislation Proposed' in US...And It's Being Largely Ignored 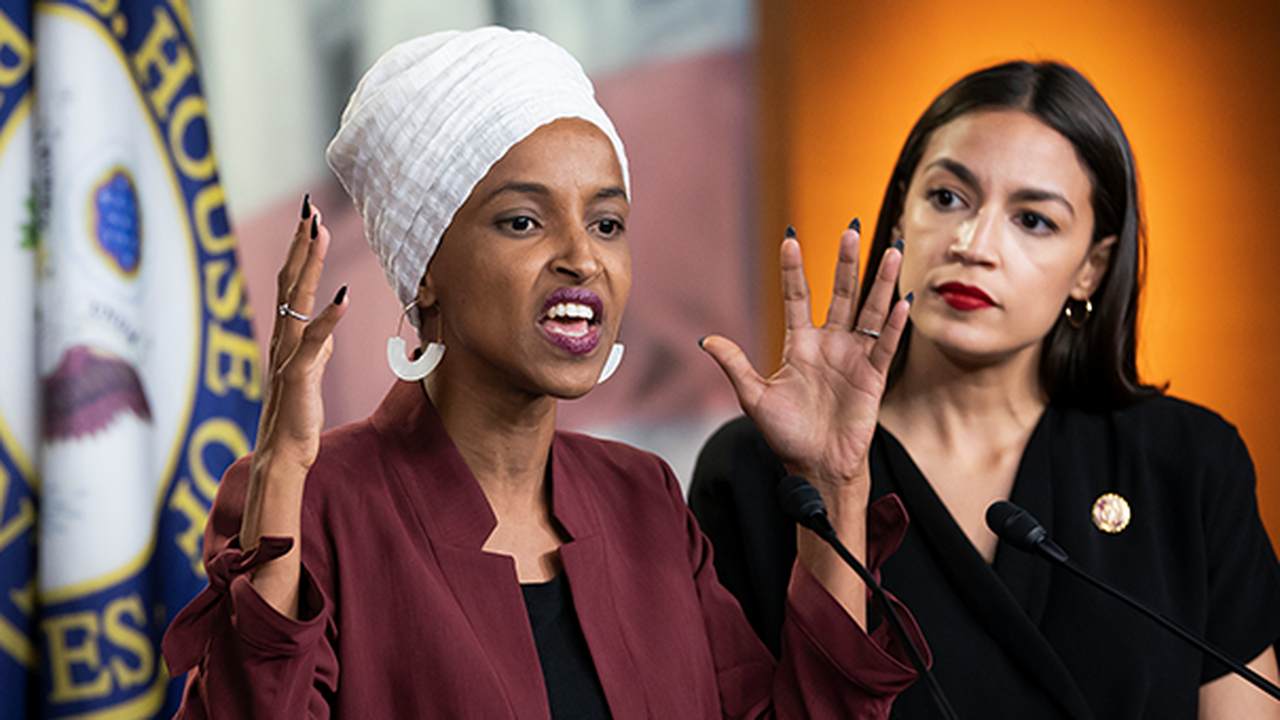 President Trump assured Fox News’s Tucker Carlson on Friday that the Democrats’ New Way Forward Act—a radical new immigration plan—will not happen. While conservatives may be able to rest easy during the Trump administration, that doesn’t mean Democrats can’t—or won’t—revive the idea once they're back in power.

If you haven’t heard of it, Carlson brought viewers up to speed Thursday in a clip that is well worth watching.

—Forces taxpayers to fund illegals’ re-entry into the US

This is the Democrats’ vision for America

“Like the Constitution, this legislation is designed to create a whole new country,” he said. “The bill would entirely remake our immigration system, with the explicit purpose of ensuring that criminals are able to move here, and settle here permanently, with impunity.”

The measure is sponsored by 44 House Democrats, including, of course, squad members Ilhan Omar and Alexandria Ocasio-Cortez.

Carlson said the legislation is so radical it makes the Green New Deal look normal.

Under the law, federal convictions wouldn’t even lead to a criminal illegal alien being deported. Carlson explains that there are no crimes, no matter how heinous, that would prompt an automatic deportation.

"It would be much harder to arrest an illegal alien than it is to arrest you," Carlson said. "They’re the protected class here. You’re just some loser who’s paying for it all."

And if you can believe it, the bill gets even worse than all of this.

What could be more destructive than changing U.S. law, specifically to allow rapists, child molesters, and drug dealers to stay in America? How about this: Using taxpayer money to bring deported criminals back into America.

That’s right. This bill would not only abolish your right to control who lives in your own country, but it invents a new right in return: the “right to come home.”

The bill orders the government to create a “pathway for those previously deported to apply to return to their homes and families in the United States,” as long as they would have been eligible to stay under the new law.

The Department of Homeland Security must spend taxpayer dollars transporting convicted criminal illegal aliens into the United States. Who will be eligible for these free flights? Tens of thousands of people kicked out of this country for all kinds of crimes. Sexual abuse. Robbery. Assault. Drug trafficking, weapons trafficking, human trafficking.

From 2002 to 2018, 480,000 people were deported for illegal entry or reentry into America. And under this bill, you’d have to buy them all a plane ticket to come back. The tickets alone would cost about a billion dollars, and that’s before Democrats make you start paying for these criminals’ free health care, too. Which they plan to. (Fox News)

Little did we know that President Obama's vision of "fundamentally transforming" America would look positively moderate compared to what many in today's Democratic Party want to do.