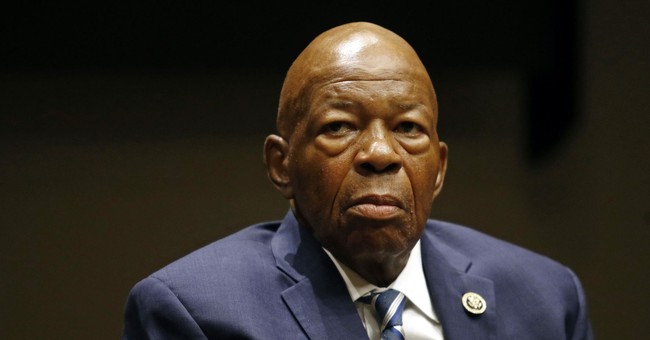 BREAKING: US Rep. Elijah Cummings has died from complications of longtime health challenges, his office said in a statement.

Cummings, 68, was the chairman of the House Oversight and Reform Committee and heavily involved in the impeachment inquiry.

Cummings, of Baltimore, has not returned to work after an undisclosed medical procedure that he said would only keep him away for about a week. […]

He missed two roll call votes Thursday, the first day back following a two-week recess. He previously released a statement saying he’d be back by the time the session resumed. The 68-year-old hasn’t taken part in a roll call vote since Sept. 11.

The unidentified procedure caused Cummings to miss a September hearing on Washington, D.C., statehood. His statement didn’t detail the procedure. He previously was treated for heart and knee issues. (FoxNews.com)

WATCH: @morningmika and @JoeNBC reflect on the life and career of "our dear friend," the late Rep. Elijah Cummings. "He will be missed." pic.twitter.com/r6rSZbbaec

My condolences to the family of Rep. Elijah Cummings of Maryland who went to be with the Lord early this morning at 68 years of age.

May God grant his family strength & peace in these difficult moments & his soul eternal rest.

Very saddened to hear of the passing of @RepCummings He was an exceptional man with whom I was most fortunate to know. He loved our country. I will miss him and always cherish our friendship. #RIP God bless.

My warmest condolences to the family and many friends of Congressman Elijah Cummings. I got to see first hand the strength, passion and wisdom of this highly respected political leader. His work and voice on so many fronts will be very hard, if not impossible, to replace!

Black bunting has been added outside of Rep. Elijah Cummings' D.C. office. pic.twitter.com/3tPst95OiJ

Disease Expert Tells CNN: Most Masks Don't Really Work Against Wuhan Coronavirus
Townhall
'Imagine you're a NORMAL person': MEGA-THREAD explains in damning detail WHY people are vaccine-hesitant and it's near perfection
Twitchy
Watch: Karma Strikes a Washington City After Little Girl’s Lemonade Stand Is Shut Down
Redstate
5 Things Red-State Governors Should Do Right Now if They Want to Secede From Covistan Permanently
PJ Media