It's Come to This: NBA Commissioner Drops the Term 'Owner' Because It's Racially Insensitive 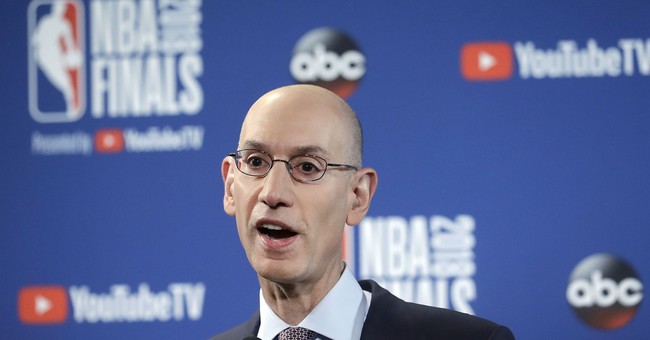 NBA Commissioner Adam Silver said his office is done using the word “owner” over its racial insensitivity, and many NBA teams have dropped the word, too.

"I don't want to overreact to the term because, as I said earlier, people end up twisting themselves into knots avoiding the use of the word owner," Silver told TMZ. "But, we moved away from that term years ago in the league."

He said they call team owners “governor of the team” and “alternate governor.”

Silver says the word owner has sometimes slipped through in an NBA memo -- but general rule in the office is to no longer use that term ... adding, "I'm sensitive to it and I think to the extent teams are moving away from the term, we'll stick with using Governor."

As for the feedback from the players, Silver says he's heard from both sides -- "Players have gone both ways. I think a few players have actually spoken out and said the greatest thing that ever happened was when Michael Jordan was able to call himself an owner."

"But, of course, Draymond Green has been very public about the fact that we should be moving away from the term ... and I completely respect that." (TMZ)

He took a Twitter poll to see how others felt and not surprisingly, 91 percent of respondents did not agree with the commissioner’s decision.

Do you agree with @NBA decision to replace word “owner” with “governor” because the word owner is racially insensitive?

“You can’t even satirize American society anymore,” he said. “It’s wild to me leagues don’t understand how many fans they lose over stupidity like this. No one with a functional brain is offended by the term ‘owner.’”

You can’t even satirize American society any more. It’s wild to me leagues don’t understand how many fans they lose over stupidity like this. No one with a functional brain is offended by the term “owner.” pic.twitter.com/VMxag8bIDW