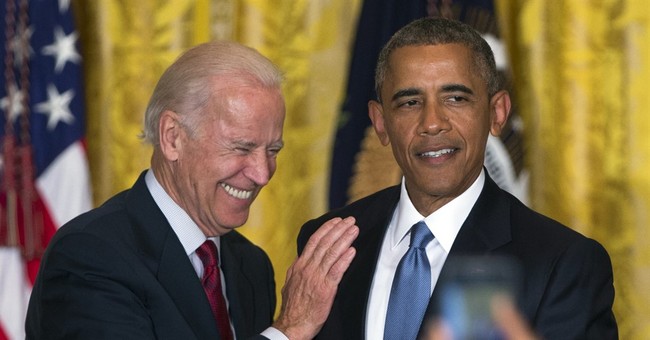 Joe Biden’s lighthearted tweet for National Best Friend Day on Saturday probably didn’t go as his campaign planned. The Democratic frontrunner tweeted out a photo of a friendship bracelet former President Obama made during a 2016 get out the vote video for BuzzFeed. But the message fell flat, and was widely mocked on social media, including by Obama's former senior adviser David Axelrod.

This is a joke, right?

Dude is 70-whatever years old and his campaign pitch is mostly “I’m totally BFFs with that guy you like.”

He's such a good friend that he wont endorse you for President...

That is hilarious, talk about stretching coat tails

They are going to meet behind the swingset after school. https://t.co/37hC1bahNT

A team of highly paid adults brainstormed and finally all decided this tweet was a good idea. https://t.co/rRdm0npytS

Axelrod recently questioned how far Biden will go in the Democratic primary after his flip-flop on the Hyde Amendment.

"His rollout was flawless in my view, and he’s had a very solid spring," he said last week on CNN's "New Day.” "But this underscores questions that people have had about whether he can go the distance."

"One, because the virtue of having a long record and comforting people and being a figure of stability has the flip side that you have to defend positions that you’ve had over the course of 45 years in politics, some of which may have been acceptable in the day and not acceptable now," he said.