Coulter Says She Could Work for a Sanders Administration...On One Condition 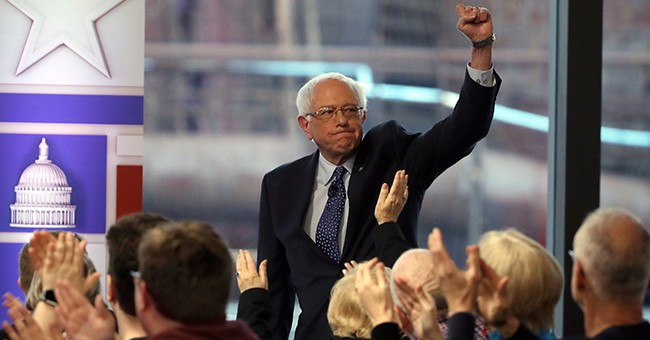 Conservative commentator Ann Coulter said in an interview with PBS's "Firing Line with Margaret Hoover," that she is open to voting for Sen. Bernie Sanders (I-VT). More than that, she could even consider working in his administration if he defeated President Trump in 2020.

In a clip from the interview, Coulter, a former staunch Trump ally who has drastically changed her views of the president since his failure to fulfill campaign promises on immigration, was asked about her thoughts on Sanders and whether she felt she could support him if he campaigned on the issue of “getting rid of low-skilled workers.”

She said she’d dismiss the majority of his socialist views if he focused on helping the blue-collar worker.

Ann Coulter feeling the Bern? The conservative commentator says Sanders has supported immigration policies that could earn him her vote, adding she’d be willing to overlook “the rest of the socialist stuff.” pic.twitter.com/8vH4LAWmVP

According to Fox News, Coulter was likely referencing the Vermont senator’s 2007 opposition to an immigration reform bill over concerns it would lower wages for low-income American workers. He even teamed up with Sen. Chuck Grassley (R-Iowa) on a restrictive immigration amendment.

Sanders has also set himself apart from some other Democratic presidential candidates by opposing open borders.

“What we need is comprehensive immigration reform. If you open the borders, my God, there's a lot of poverty in this world, and you're going to have people from all over the world. And I don't think that's something that we can do at this point. Can't do it. So that is not my position," he told voters in Iowa earlier this month.