Buttigieg Laments That America Isn't a Democracy...Because of the Electoral College 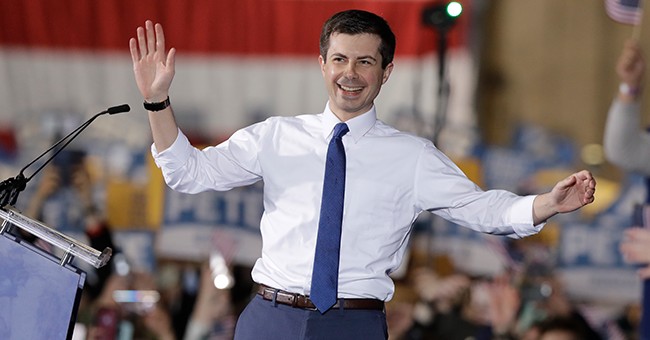 There’s now a long list of Democratic candidates for president who are calling for abolishing the Electoral College—among them is South Bend Mayor Pete Buttigieg.

"We can’t say it’s much of a democracy when twice in my lifetime, the Electoral College has overruled the American people,” Buttigieg said on Sunday. “Let’s pick our president by counting up all the ballots and giving it to the woman or man who got the most votes."

.@PeteButtigieg: "We can’t say it’s much of a democracy when twice in my lifetime, the Electoral College has overruled the American people ... Let’s pick our President by counting up all the ballots and giving it to the woman or man who got the most votes" https://t.co/ak42dRUf5R pic.twitter.com/EpCC54432k

Twitter was quick to remind Buttigieg that America is not a democracy, and for good reason.

We don’t live in a democracy. We live in a republic. And the electoral college was designed for everyone’s voice to be heard. So states as big as california with different needs and different opinions won’t overshadow the voice of other smaller states.

He knows we're a democratic republic right ? This is why we need civics back in schools.

The founders didn't want concentrated control. The electoral college disperses that control to force broad based appeal and consideration of all Americans. Two senators from each state regardless of population additionally ensures such. Thus all Americans have a voice. Perfect

He seems like a great guy, but this is a deal-breaker for getting my vote. How can somebody be so smart and seem to not know anything about why the electoral college is in place.

He knows. He’s pandering to those who don’t.

This is not the first time Buttigieg has called for the Electoral College’s elimination.

“We’ve got to repair our democracy. The Electoral College needs to go, because it’s made our society less and less democratic," he said during a January appearance on "CBS This Morning."