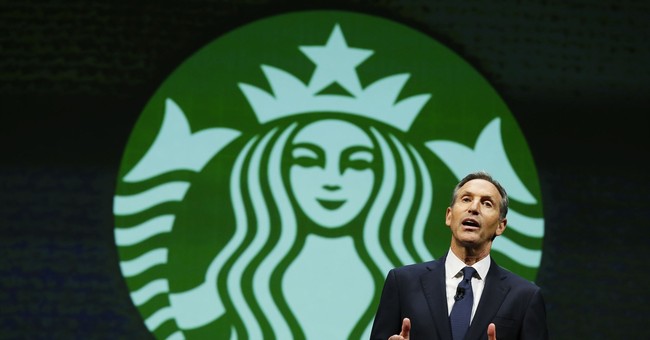 Former Starbucks CEO Howard Schultz took a shot at Rep. Alexandria Ocasio-Cortez and other progressive politicians on Saturday at the South by Southwest Conference & Festivals in Austin, Texas, calling their policies too extreme for America.

"For us to start moving towards a level of socialism is such an extreme position and something that is inconsistent with the values, the heritage, and the tradition of the country," said Schultz, who’s considering an independent run for president in 2020. "And that is what Bernie Sanders, Elizabeth Warren, and others are proposing to try and defeat Donald Trump with a far extreme proposal."

He said he believes if Trump is pitted against a far-left candidate the president will be reelected because “the vast majority of Americans are not going to embrace socialism.”

Speaking of the Green New Deal, Schultz said some of its proposals are nothing more than a pipe dream.

"Going back to the Green New Deal, in the Green New Deal there is a proposal that says that by 2030 every building in America is going to be transformed to clean energy. Now, that's a well-intentioned idea but it's never going to happen," he said.

“Let’s propose things that are true, that are honest, that are sincere, and that are realistic” pic.twitter.com/i05NK0bagH

Instead, Schultz recommended proposing “things that are true, that are honest, that are sincere, and that are realistic.”

He also reminded attendees of the liberal gathering that “there’s nothing free in America.”