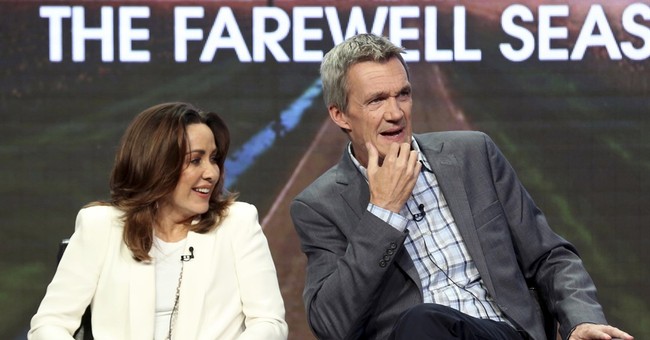 Actress Patricia Heaton called out the media for its treatment of a group of Catholic high school boys at the March for Life Friday after evidence surfaced contradicting a story they had already propagated making the students appear to be racists.

The media ran with a short video clip that purportedly showed the students, who were wearing MAGA hats, laughing and chanting at a Native American man. The viral video prompted widespread backlash, including some calling for the boys to be doxxed.

Later, after longer video was circulated and eyewitnesses spoke up, it became clear that the story the media so quickly ran with was entirely false.

Many who did jump the gun ended up apologizing, which is welcome, Heaton said, but the fact is the damage had already been done.

1. I'm seeing what I believe to be sincere apologies from some journalists and verified media persons regarding their lack of professionalism in rushing to judgement re the #CovingtonCatholic situation.

2. These apologies are welcome and necessary, but they don't address the damage that cannot be undone which was inflicted upon young people who are about to embark on adulthood - applying to colleges, looking for employment, etc.

3. These young people will forever have these smears follow them through their life every time they proffer their resume with the word "Covington" on it. It will also affect anyone who ever has or ever will attend that school. The damage is incalculable.

4. And yet those who perpetrated this destruction, no matter how unintended, are still at their jobs, with nary a consequence for their reckless behavior.

Heaton said an apology wasn't enough given the damage inflicted on the students by those who spread the story, arguing that some sort of action must accompany the apology.

5. It seems to me that an apology without some kind of accompanying action which speaks to the seriousness of their transgression - a suspension from work, some loss of pay - renders any apology empty.

6. Some kind of compensatory action would go a long way in signaling their recognition of the seriousness of their transgression and help to restore what's left of the public's very fragile trust in their reputations as trustworthy journalists.

Ultimately, though, she said she does not believe that will happen--and she's probably right.