Trump Calls Off US Delegation's Trip to Davos Summit 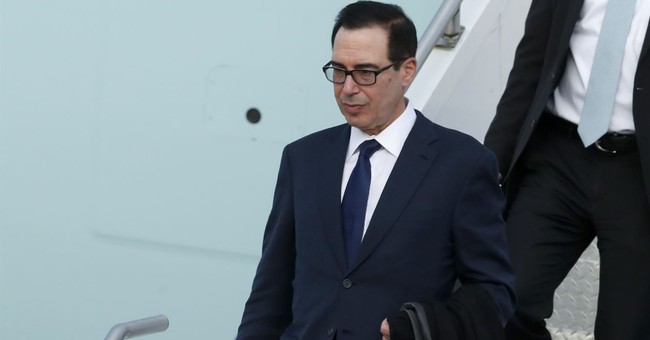 President Trump canceled the U.S. delegation’s upcoming trip to Davos, Switzerland for the World Economic Forum “out of consideration” for the federal employees not receiving pay during the partial government shutdown.

“Out of consideration for the 800,000 great American workers not receiving pay and to ensure his team can assist as needed, President Trump has canceled his Delegation’s trip to the World Economic Forum in Davos, Switzerland," the statement read.

Pres Trump originally planned to attend, then cancelled his trip and named @stevenmnuchin1, @SecPompeo, @SecretaryRoss and @USTradeRep to represent him in Davos. Now, that trip is cancelled too.

Though he announced last week that he would not be attending over “Democrats intransigence on Border Security and the great importance of Safety for our Nation,” other top officials were still scheduled to attend, including Treasury Secretary Steve Mnuchin, who would lead the delegation, Secretary of State Mike Pompeo and Secretary of Commerce Wilbur Ross, among others.

Because of the Democrats intransigence on Border Security and the great importance of Safety for our Nation, I am respectfully cancelling my very important trip to Davos, Switzerland for the World Economic Forum. My warmest regards and apologies to the @WEF!