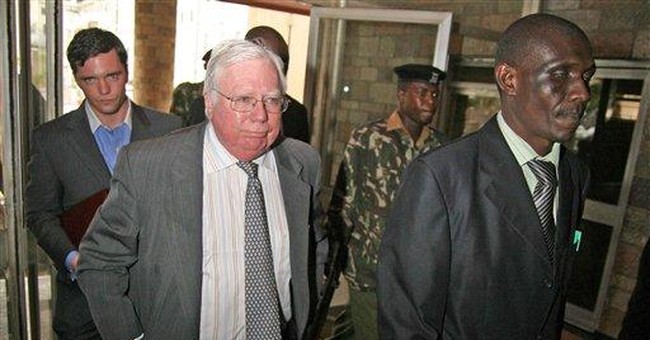 “Defendant Mueller and his prosecutorial and media staff, acting in their official capacity and personally, also illegally released grand jury information to harm Plaintiff Corsi by attempting to destroy his reputation and personal and professional well-being and livelihood, thus also attempting to drive him into bankruptcy,” the complaint states.

The document also alleges that Mueller tried to get Corsi to give false testimony that he was the connection between WikiLeaks’s Julian Assange and Richard Stone, adviser to then-candidate Donald Trump.

“Defendant Mueller and his prosecutorial staff have demanded that Plaintiff Corsi falsely testify that he acted as a liaison between Roger Stone and WikiLeaks leader Julian Assange concerning the public release of emails downloaded from the DNC’s servers,” the document reads.

According to Politico, the lawsuit also accuses Mueller of “unconstitutional surveillance.”

“Defendants Mueller, DOJ, NSA, CIA, and FBI have engaged in ongoing illegal, unconstitutional surveillance on Plaintiff Corsi, in violation of the Fourth Amendment and the USA FREEDOM Act as well targeted ‘PRISM’ collection under Section 702 of the Foreign Sovereignties Immunity Act at the direction of Defendant Mueller,” the suit says, with the latter reference apparently intending to invoke a different statute, the Foreign Intelligence Surveillance Act.

Corsi is seeking $350 million in damages.

.@jerome_corsi on being target of #MuellerProbe: “My crime is that I supported @POTUS and I did my best to help get [him] elected. And now, I’m a criminal for having done that. It’s a political prosecution and I filed a complaint with the DOJ against Mueller ...” #TrishRegan pic.twitter.com/5OFWho6Lor