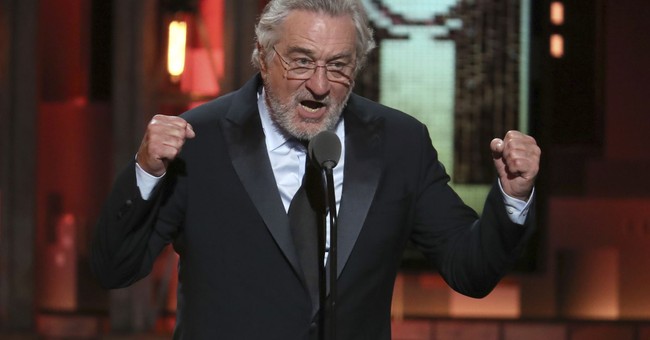 An eighth suspicious package has been found at an address associated with Robert De Niro on Thursday and is “the same” as those that have been sent to Democratic politicians and CNN’s offices, according to the New York Post’s sources.

The NYPD is investigating the package, which was found at the address of De Niro’s restaurant, Tribeca Grill, as well as Tribeca Films, which is his production company.

It was found in the mail room early Thursday morning and addressed to Robert De Niro. The package had clearly been there since at least yesterday, Fox News reports.

“A suspicious package was received. We called the police. They took it out and went through all safety procedures,” the Tribeca Film Center said in a statement. “It was addressed to Robert De Niro and is similar packaging to the others. It is an open investigation. Everyone is safe and the building is open.”

Update: The package has been removed from the location. Expect a heavy police presence and residual traffic in the area as we continue our investigation with our law enforcement partners. #Tribeca

A law enforcement official briefed on the matter tells News 4 around 4 a.m. a worker saw the news and saw similarities in the package and called police. Another source said the package was addressed to De Niro and added that it had the same stamps and return address, for ex-Democratic National Committee chairman Debbie Wasserman Schultz, as the others.

The bomb squad responded and removed the device, which was placed in an NYPD bomb vehicle to be taken to a safe area. (NBC New York)

De Niro has been an outspoken critic of President Trump, including hammering the president during an off-script moment at the Tony Awards in June when he said, "It's no longer 'Down with Trump,' it's 'f**k Trump.'"

This story will be updated with additional information.