Krauthammer's Last Book Will Come Out in December 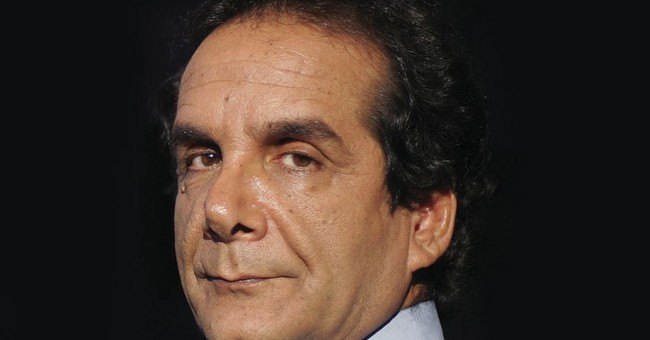 In a piece announcing the book, “The Point of It All: A Lifetime of Great Loves and Endeavors,” Daniel said his father was in the final stages of the book when his health declined, leaving its completion in his hands.

“I am of course no impartial observer,” he wrote in The Weekly Standard. “But I know I am far from alone in believing that my father’s voice was a uniquely insightful and powerful one in our national discourse. I truly believe that the world will be a better place the longer his voice, and its echoes, are heard and read.”

My announcement in @weeklystandard about the forthcoming release of my father’s posthumous book:https://t.co/wTrlYGesQR

His father’s loss, Daniel explained, “evokes in me a sense of determination and resolve: to ensure that his life’s work—his words, his ideas, his extraordinary contributions to the political life of our country—will continue to live on.”

Krauthammer's family also announced on Tuesday that the website CharlesKrauthammer.com will serve as an online portal of his work, which spanned four decades.

A statement from my family about my late father, Charles Krauthammer: https://t.co/QoPZsdGz33 pic.twitter.com/FXhsPVxFNk

“The book, the website and the official social media pages will all be used to preserve Charles’ memory and to keep his words and thoughts alive for future generations,” his family said in a statement.