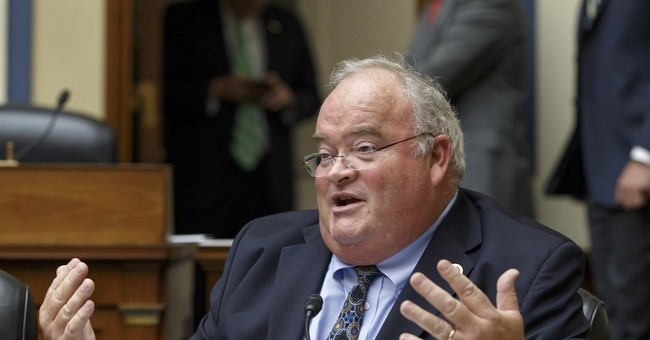 One thing is clear after watching the House Energy and Commerce Committee’s hearing on the moderation of online content Wednesday: every congressional committee could use a Rep. Billy Long when trying to deal with protesters.

Long decided to take matters into his own hands when a right-leaning activist started shouting about Twitter CEO Jack Dorsey “trying to influence the election, to sway the election.”

"That is why he is censoring and shadow banning conservatives," she added.

Chairman Greg Walden, R-Ore., repeatedly tried to rein her in, but to no avail. That’s when Long started an auctioneering call to drown her out.

“I yield back,” Long joked when she was escorted out of the room.

??Tune in NOW to watch me question @Twitter CEO @jack during today’s @HouseCommerce hearing on transparency and accountability ?? https://t.co/VCFZch6SFT #TwitterTestifies

Long worked as an auctioneer for more than 30 years in Missouri.