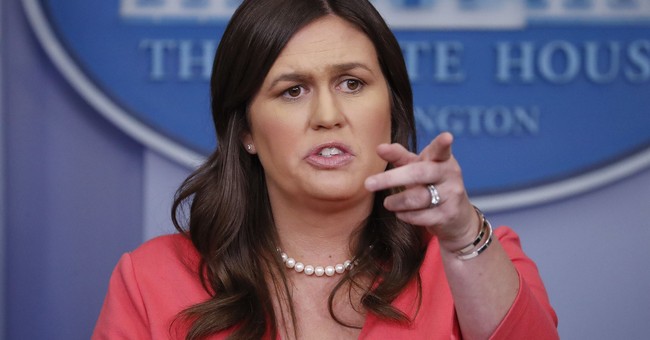 The White House on Sunday shot back at Omarosa Manigault Newman’s secret recording of her dismissal last year, saying it “proves” her “lack of character and integrity.”

“The very idea a staff member would sneak a recording device into the White House Situation Room, shows a blatant disregard for our national security – and then to brag about it on national television further proves the lack of character and integrity of this disgruntled former White House employee,” White House Press Secretary Sarah Huckabee Sanders said on Sunday evening.

"This is a White House where everybody lies ... you have to have your back," she said defending the recording.

“She taped the chief of staff for the White House in the Situation Room, clearly a violation of every security protocol that she signed when she applied for a security clearance,” he said on "Fox News Sunday."

Manigault Newman wrote a memoir that’s out this week titled “Unhinged: An Insider Account of the Trump White House.”