Trump Names European Union a 'Foe' of US 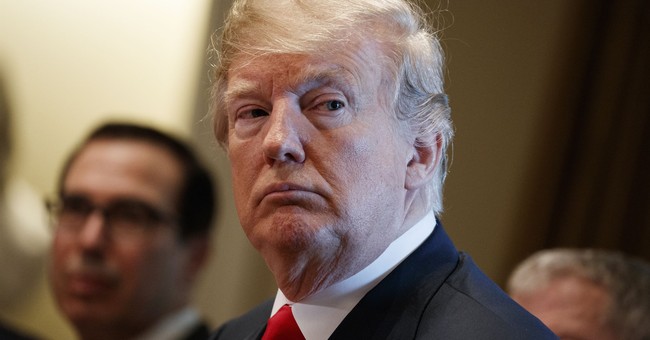 President Trump on Sunday said the European Union is a “foe” over their trade practices with the United States.

The president named the political and economic union when asked to identify his "biggest foe globally right now."

"Well, I think we have a lot of foes. I think the European Union is a foe, what they do to us in trade. Now, you wouldn't think of the European Union, but they're a foe. Russia is foe in certain respects. China is a foe economically, certainly they are a foe. But that doesn't mean they are bad. It doesn't mean anything. It means that they are competitive," he told CBS's "Face the Nation" anchor Jeff Glor.

The comments come on the heels of a contentious NATO summit in Brussels during which the president stepped up pressure on our allies to increase their defense spending.

“Germany is just paying a little over 1%. Whereas the United States in actual numbers is paying 4.2% of a much larger GDP,” Trump said last week at a bilateral breakfast with NATO’s secretary general. “So I think that's inappropriate also. We're protecting Germany, we're protecting France, we're protecting everybody and yet we're paying a lot of money to protect. ... I think it is very unfair to our country.”

European Union Council President Donald Tusk was quick to respond to Trump’s comments Sunday, saying that America and the EU are "best friends."

“America and the EU are best friends,” he tweeted. “Whoever says we are foes is spreading fake news.”

America and the EU are best friends. Whoever says we are foes is spreading fake news.