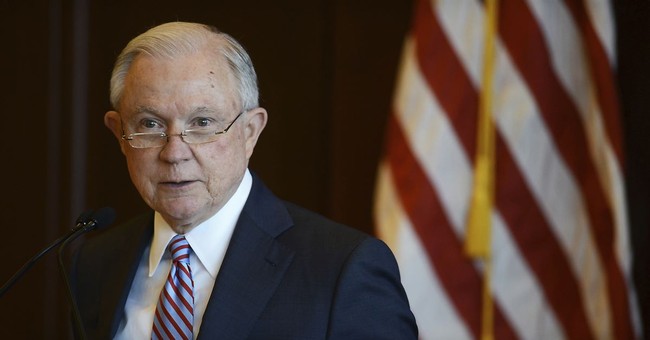 Attorney General Jeff Sessions defended the practice of separating children from their families at the border under certain conditions, arguing Monday the administration is “doing the right thing.”

"We're doing the right thing. We're taking care of these children," Sessions told Fox News host Laura Ingraham. "They are not being abused. The [Department of] Health and Human Services holds them in good conditions. They work hard at it."

Ingraham played a clip of Hillary Clinton arguing that the separation of families is not “mandated by law,” and asked if that was true.

"The president could pick up the phone tonight and stop this policy of separating children from their parents,” Ingraham said, asking what the “real truth” is.

"Well I guess what she's saying is the president could just issue a directive that everybody that enters the country unlawfully be released into the country and never be apprehended or stopped or prosecuted for the illegal entry," Session responded.

He also pushed back against comparisons of the policy to Nazi Germany, arguing that those types of comments are “a real exaggeration.”

"Of course, in Nazi Germany, they were keeping the Jews from leaving the country."

He announced the administration’s “zero tolerance policy” in April “for offenses under 8 U.S.C. § 1325(a), which prohibits both attempted illegal entry and illegal entry into the United States by an alien.”

The policy was implemented as a result of a 203 percent increase in illegal border crossings between a one-year period from March 2017 to March 2018, according to the April 6 press release.