What You Need to Know From the Illinois Primary 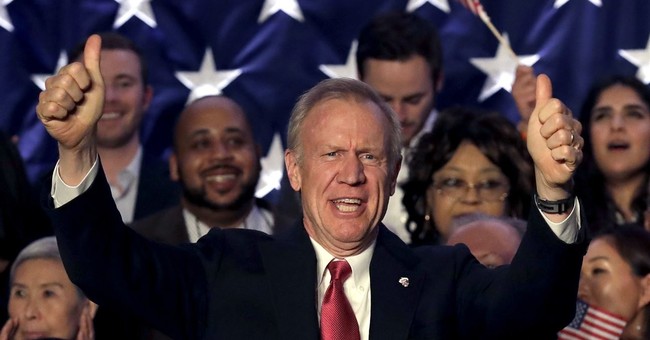 Rauner defeated state Rep. Jeanne Ives to secure the GOP nomination for a second term, pitting him against Pritzker this fall, a billionaire venture capitalist who won 46 percent of the vote in the Democratic primary to five other candidates.

“I am honored and humbled by this victory,” Rauner said. “You have given me the chance to win the battle against the corruption that plagues Illinois.”

“To those around the state of Illinois who wanted to send me a message, let me be clear,” Rauner said. “I have heard you. I have traveled the state and I have listened to you. While we disagree on some things, let's commit to working together on what unites us - the reforms we need to save our state.”

Uncontested GOP candidate Arthur Jones won the Republican primary, but the race is not competitive. Jones has also been strongly denounced by the party.

“Arthur Jones is not a real Republican — he is a Nazi whose disgusting, bigoted views have no place in our nation’s discourse,” Tim Schneider, the Illinois Republican Party chairman, said in a statement, reports The New York Times. The GOP urged voters “to skip over his name when they go to the polls,” Schneider said.