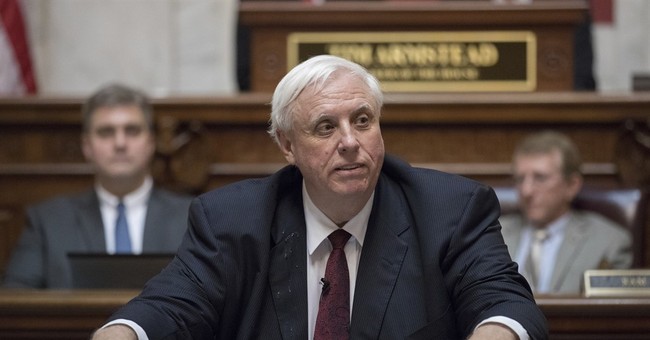 West Virginia Gov. Jim Justice fired Gayle Manchin, who served as the state’s secretary of the Department of Education and the Arts.

The move comes after Manchin—the wife of Sen. Joe Manchin—released a statement about House Bill 4006, which would close the agency and eliminate her position, despite being ordered not to.

Manchin attempted to persuade Justice to keep the agency open.

“In an obvious rush to score partisan points, the Republican state legislature passed dangerous and destructive legislation to eliminate the Office of Education and the Arts on a mostly party-line vote,” Manchin wrote.

She then asked the governor to veto the “reckless and politically motivated legislation,” or work with her on shutting down the agency in a “responsible and compassionate way,” if he wished to sign the legislation.

She even offered to resign in order to “remove any political pressure” if that would save the agency’s programs.

“It’s obvious that there aren’t any significant financial saving here,” Manchin said. “We need to get the politics out of this.”

"In her press release she offered to resign and remove any political cloud. If there weren't any earlier political cloud, now there surely is one. She was very critical, made it political, and put me in a very, very bad position," he said.

"She was told that we accepted her resignation, she refused, and we terminated her."

Justice also said the legislation is still being reviewed, "looking for cost savings, how to preserve and promote the arts, and to make absolutely, positively certain that none of the programs or our citizens will be harmed in any way."

"And we will continue to do exactly that," he said.