Is a Phase Two of Tax Cuts Coming? 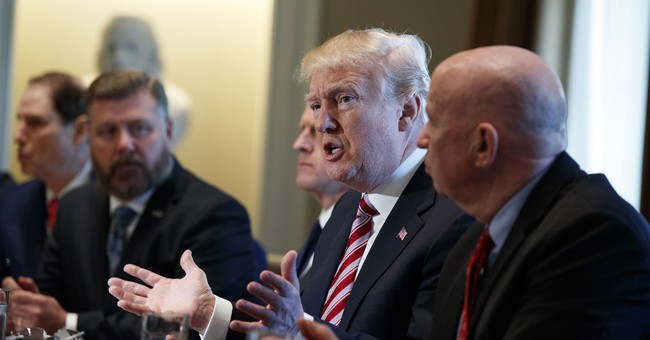 President Trump on Monday said he was hoping for a “phase two” of tax cuts.

During a visit from the Houston Astros, Trump turned to Rep. Kevin Brady (R-TX), and asked about the possibility of more tax cuts.

"Kevin, are we going for an additional tax cut, I understand?" Trump said to laughter. "He’s the king of those tax cuts.  Yeah, we’re going to do a phase two.  I’m hearing that.  You hear that John and Ted?  Phase two."

He continued: "We’re actually very serious about that, Kevin.  So it’s good.  But Kevin Brady is a spectacular person, and did a really incredible job with the tax cuts."

Republican Sens. John Cornyn and Ted Cruz were also at the event.

There is currently no effort underway among the GOP for a second tax cut bill, but there has been talk about technical corrections legislation that would fix problems in the original law, which Brady has supported.

"I can't imagine any major undertaking like this that doesn't require technical corrections in the future," Brady previously told reporters.

During the event the president also spoke about Friday’s jobs report, which showed the economy added 313,000 jobs last month--higher than analysts predicted.

"I just want you to know your country is doing fantastically well," Trump said. "We had one of the best economic days in our history on Friday, the numbers were announced … we're back on track and we're not letting the world take advantage of us anymore."