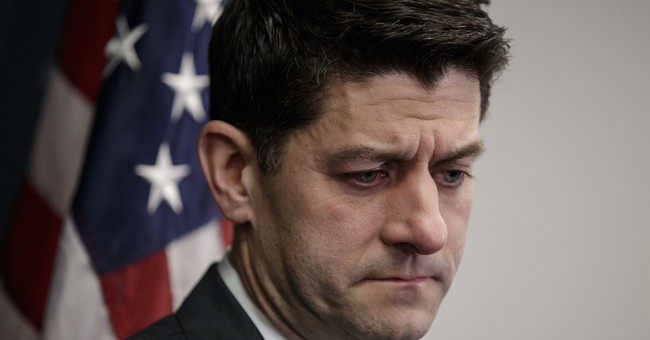 The Senate has already taken up the immigration debate this week, with much of the focus on dealing with ‘Dreamers’—as well as beefing up border security.

Meadows said the House needs to move more quickly on an immigration bill.

"Anytime that the Senate can take up an immigration bill quicker than the House is a day that should defy history. I mean, the Senate is notorious for taking naps and not taking votes," he said.

Legislation authored by House Judiciary Committee Chairman Bob Goodlatte (R-Va.) will be whipped this week to see if it can pass.

This bill bolsters enforcement of existing immigration law, makes important reforms to our legal immigration programs, secures the border, and provides a legislative solution for the current beneficiaries of the Deferred Action for Childhood Arrivals (DACA) program.

The Securing America's Future Act includes numerous reforms to ensure the enforcement of our immigration laws in the interior of our country. The legislation aims to reduce the number of individuals who overstay their visas, requires employers to use the E-Verify system to ensure that they hire legal workers, and makes it easier to remove individuals who are gang members and other criminals. Additionally, the legislation cracks down on dangerous sanctuary cities by withholding federal grants and prevents fraud and abuse in the asylum system.

The bill strengthens the security of our southern border by authorizing the construction of a border wall, investing in new technology, and improving, modernizing, and expanding ports of entry. The bill also calls for an additional 5,000 Border Patrol Agents and 5,000 Customs and Border Protection Officers and requires the use of a biometric Entry-Exit system at all ports of entry.

Finally, the Securing America’s Future Act allows DACA beneficiaries to receive a 3-year renewable legal status, while ensuring that gang members, individuals who have criminal convictions, or convictions in juvenile court for serious crimes are not eligible for legal status. (Goodlatte press release)

“With the introduction of the Securing America’s Future Act we have an historic opportunity to fix our broken immigration system. The only way to reduce illegal immigration is to address both enforcement of our immigration laws in the interior of our country and to secure our borders. This carefully crafted legislation, which is aligned with the White House's immigration priorities, combines enforcement measures and increased border security to enhance public safety, ensure the door remains open to law-abiding immigrants, and restore the rule of law,” Goodlatte said in a statement.