Report: Russia Investigation Could Last At Least Another Year 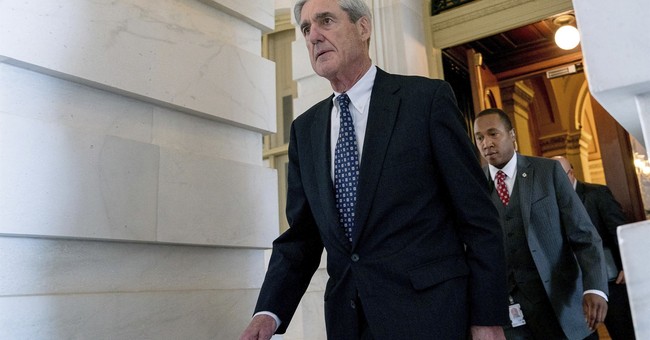 If you thought Special Counsel Robert Mueller’s investigation into Russian election meddling was nearing its end, brace yourselves, because according to a new report in the Washington Post, it could last at least another year.

White House lawyers are expected to meet with Mueller’s office later this week, likely hoping to hear the investigation is coming to an end, but citing “people familiar with the probe,” the attorneys will hear no such assurances, the Post reports.

Rather, “the meeting could trigger a new, more contentious phase between the special counsel and a frustrated president, according to administration officials and advisers close to Trump,” according to WaPo.

Cooperation from former Trump campaign adviser George Papadopoulos and former national security adviser Michael Flynn, among others, could lead to the investigation stretching well into 2018.

The special counsel’s office has continued to request new documents related to the campaign, and members of Mueller’s team have told others they expect to be working through much of 2018, at a minimum.

The dynamic threatens to intensify the already inflamed political atmosphere enveloping the investigation into Russia’s meddling in the 2016 election. Even as White House lawyers have pledged to cooperate with Mueller, Trump and his allies have accused the Justice Department and FBI of bias and overreach. [...]

The meeting’s outcome could deepen tensions as many Trump supporters question Mueller’s credibility and Democrats express fear that the president will seek to fire the special counsel. (WaPo)

President Trump told reporters Sunday he has no plans to fire Mueller, however, and insists “there is no collusion.”