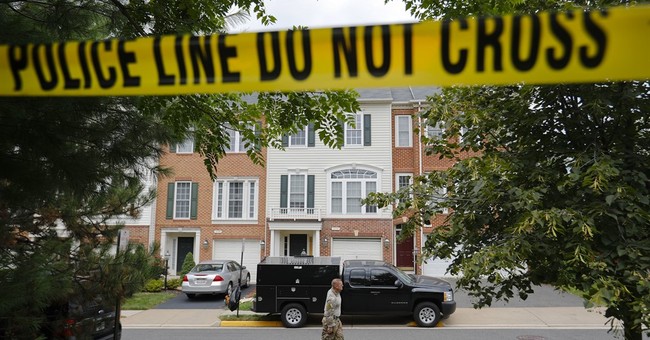 A former Washington, D.C. Metro Transit Police officer was convicted Monday on charges of attempting to support the Islamic State and obstruction of justice.

A jury convicted Nicholas Young, 38, of attempting to “provide material support and resources to ISIS by purchasing and sending [$245 worth] of gift card codes that he believed would allow ISIS recruiters to securely communicate with potential ISIS recruits,” according to the Justice Department. He gave the gift cards to an FBI informant who he thought was a member of the U.S. military reserves who wanted to join the Islamic State in Syria.

As for the obstruction of justice charges, Young had sent text messages trying to make investigators think his friend, the informant, was vacationing in Turkey.

“In actuality, Young believed the [friend] had gone to Turkey and then to Syria in order to join and fight for ISIS,” a Justice Department statement said.

He then “attempted to deceive investigators as to the destination and purpose” of the informant’s travel between December 3 and December 5, 2015.

Young, of Fairfax, Virginia, had been under surveillance for at least six years before charges were filed against him.

Young also told an FBI informant that he was stockpiling weapons in his home, prosecutors said. After his arrest, agents removed dozens of boxes from Young's townhouse, including at least one designed to hold long guns.

According to court records, Young was under scrutiny since 2009, when Metro officials reported suspicious behavior to the FBI, NBC News reported. His employment with Metro was terminated after his arrest, according to the transit agency.

Young has been a longtime supporter of Islamic extremism and also has Nazi sympathies, prosecutors allege. He traveled to Libya in 2011 and told the FBI he fought with rebels seeking to oust dictator Moammar Gadhafi, NBC News reported. (NBC Washington)

“Nicholas Young swore an oath to protect and defend, and instead violated the public’s trust by attempting to support ISIS,” said Dana Boente, assistant attorney general for the department.

Sentencing in the case in scheduled for February 23. He faces up to 60 years in prison.