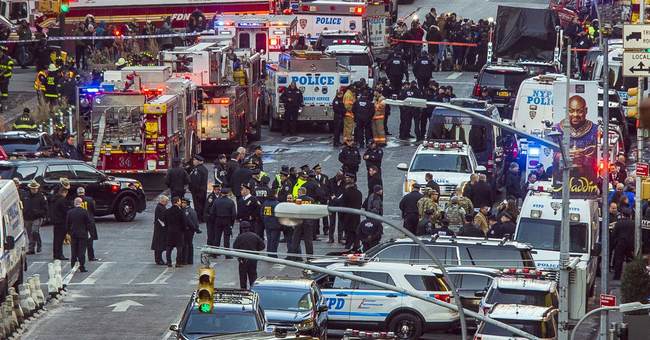 The ISIS-inspired terrorist, 27-year-old Akayed Ullah, used a “low-tech device” that went off prematurely in a subway passageway. It was later revealed to be a pipe bomb the Bangladeshi man strapped to his body. He sustained injuries to his abdomen and hands.

Three people were treated for minor injuries after the attack.

New York City Mayor Bill de Blasio said incident "was an attempted terrorist attack," but said there were not any other threats to the city at this time.