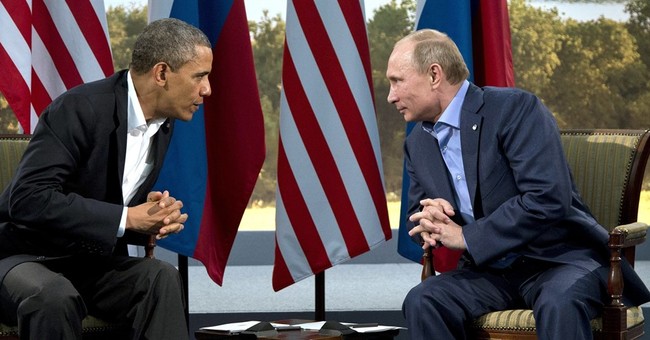 President Trump on Tuesday called out former President Obama after a report revealed his predecessor knew about Russia’s attempt to interfere in U.S. elections back in 2014.

“According to report just out, President Obama knew about Russian interference 3 years ago but he didn't want to anger Russia!” the president tweeted.

According to report just out, President Obama knew about Russian interference 3 years ago but he didn't want to anger Russia!

Politico reported Monday that the Obama administration was warned in 2014 about Russia’s intent to “disrupt Western democracies, including the United States.”

The Obama administration received multiple warnings from national security officials between 2014 and 2016 that the Kremlin was ramping up its intelligence operations and building disinformation networks it could use to disrupt the U.S. political system, according to more than half a dozen current and former officials.

As early as 2014, the administration received a report that quoted a well-connected Russian source as saying that the Kremlin was building a disinformation arm that could be used to interfere in Western democracies. The report, according to an official familiar with it, included a quote from the Russian source telling U.S. officials in Moscow, "You have no idea how extensive these networks are in Europe ... and in the U.S., Russia has penetrated media organizations, lobbying firms, political parties, governments and militaries in all of these places."

That report was circulated among the National Security Council, intelligence agencies and the State Department via secure email and cable in the spring of 2014 as part of a larger assessment of Russian intentions in Ukraine, the official said.

There was no explicit warning of a threat to U.S. elections, but the official said some diplomats and national security officials in Moscow felt the administration was too quick to dismiss the possibility that the Kremlin incursions could reach the United States. (Politico)

A former spokesman for the National Security Council pushed back on the idea the Obama administration knew about Russia’s attempts to interfere in U.S. elections and ignored the warnings.

“The Obama administration was nothing but proactive in responding to Russian aggression in all of its forms, especially as Moscow became more brazen with and following its military moves against Ukraine beginning in 2014,” Ned Price told Politico, referring to sanctions and increased U.S. support to NATO.