Paul Ryan Is Getting Serious About Building the Wall 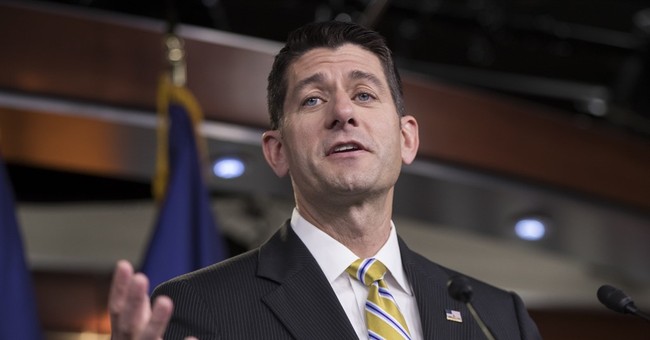 House Speaker Paul Ryan is calling for President Trump’s proposed wall along the U.S.-Mexico border to be built.

Ryan tweeted out a short video of his time touring the Rio Grande Valley in Texas where he had a chance to meet with Border Patrol agents and see first-hand the challenges they face in doing their jobs.

"When you see what they're up against, it really gives you even greater respect for what they do. They clearly need more tools and more support to do their jobs effectively," he said in the video.

"That's why we're going to get this done this week," he added.

Ryan posted the video on Twitter with the message “RT if you agree --> It is time for The Wall.”

"It's time for The Wall. That's why the House voted to fully fund the Trump administration's request to build it," a blog post about the video says.

As Speaker Ryan saw first hand when he toured the Rio Grande Valley earlier this year, our law enforcement professionals need more tools and more support to do their jobs effectively. So in addition to a physical barrier along our southern border, the House took action to boost funding for our military, update their equipment, and yes, give our servicemembers a well-deserved pay raise.

When it comes to securing our border and keeping Americans safe, talk is cheap. These actions show Congress is serious about getting the job done.

In March, Ryan called for a delay on funding the wall.

“The big chunk of money for the wall, really, is...next fiscal year’s appropriations because they literally can’t start construction even this quickly,” he said at the time.