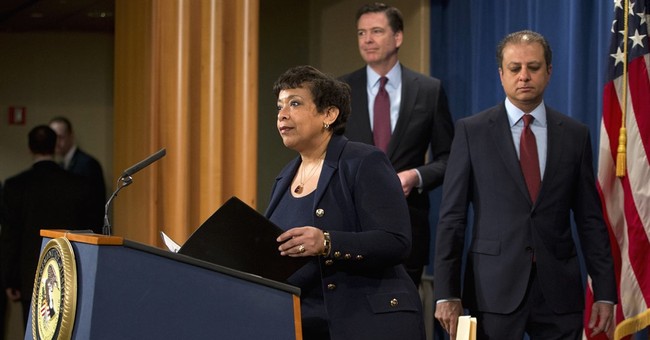 In a letter to Attorney General Jeff Sessions and Deputy Attorney General Rod Rosenstein, the lawmakers acknowledge special counsel Robert Mueller’s investigation into Russian influence in the 2016 election, but believe its focus is too narrow.

“The unbalanced, uncertain, and seemingly unlimited focus of the special counsel’s investigation has led many of our constituents to see a dual standard of justice that benefits only the powerful and politically well-connected,” the letter states. “For this reason, we call on you to appoint a second special counsel to investigate a plethora of matters connected to the 2016 election and its aftermath, including actions taken by previously public figures like Attorney General Loretta Lynch, FBI Director James Comey, and former Secretary of State Hillary Clinton.

The Republicans want the second special counsel to specifically address 14 issues, including but not limited to Lynch directing Comey to mislead Americans about the nature of the Clinton investigation; Clinton’s ties to foreign entities such as Russia and Ukraine; and Comey’s leaks.

“You have the ability now to right the ship for the American people so these investigations may proceed independently and impartially. The American public has a right to know the facts — all of them — surrounding the election and its aftermath,” the Republicans state in their letter.