Priebus: It's 'All Good' at White House 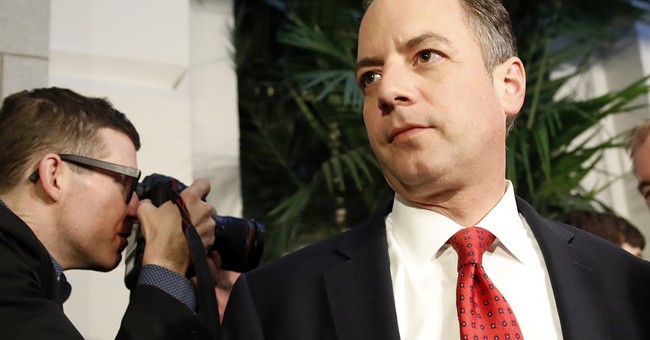 In an interview with the Associated Press, Priebus said he and Scaramucci are “very good friends” and he stood by the president’s decision “100 percent.”

He also dismissed talk of turmoil at the White House, telling the AP it’s “all good here.”

According to The New York Times, Spicer told Trump he believed offering Scaramucci the communications director position was “a major mistake.”

After offering Mr. Scaramucci the communications job Friday morning, Mr. Trump asked Mr. Spicer to stay on as press secretary. But Mr. Spicer told Mr. Trump that he believed the appointment of Mr. Scaramucci was a major mistake and said he was resigning, according to a person with direct knowledge of the exchange.

In one of his first official acts, Mr. Scaracmucci, who founded the global investment firm SkyBridge Capital and is a Fox News contributor, joined Sarah Huckabee Sanders, Mr. Spicer’s chief deputy, in the White House briefing room and announced that she would succeed Mr. Spicer as press secretary.

He said he had great respect for Mr. Spicer, adding, “I hope he goes on to make a tremendous amount of money.” But he acknowledged the awkwardness of Mr. Spicer’s resignation. “This is obviously a difficult situation to be in,” Mr. Scaramucci said. (NYT)

In a tweet about the news, Spicer said, “It's been an honor & a privilege to serve @POTUS@realDonaldTrump & this amazing country. I will continue my service through August.”