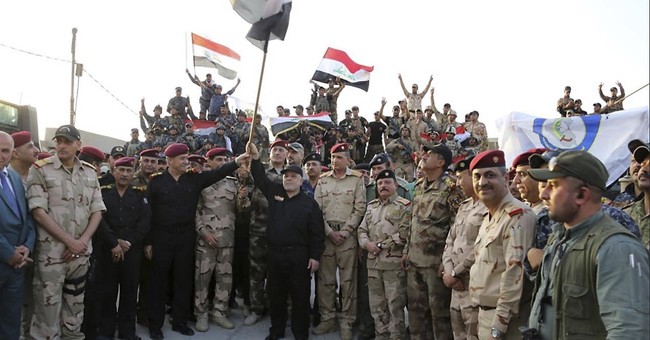 This is incredibly significant, Gorka explained, because years prior the Islamic State declared their new caliphate out of the city.

Now, after only a few months into Trump’s presidency, and with the U.S.’s partners in Iraq, “we’ve routed them from the place where they created the new caliphate,” Gorka said.

When co-host Ainsley Earhardt asked how that was accomplished, Gorka pointed to the rules of engagement.

“We did something that’s absolutely essential to success,” he said. “We allowed our troops in theater to use the rules of engagement that are standard. We jettisoned the idea of micromanagement from the White House, the idea that you have, like during Vietnam, the 8,000 mile screwdriver that we’re gonna sit here telling people what to do in theater.”

That mentality, he added, is “insane” and an approach former President Obama took.

“They’ve been trained to do this job. The local commanders understand best. And with the Iraqi partners, we told them ‘go and crush the enemy,’” Gorka said.

Co-host Brian Kilmeade pushed back, clarifying that the effort to retake Mosul began under the Obama administration, but Gorka said there was one big difference between Trump’s predecessor’s strategy and the current administration’s.

“We’re not here to degrade the enemy,” he said. “We are there to annihilate them. And that’s why you can see such rapid changes.”