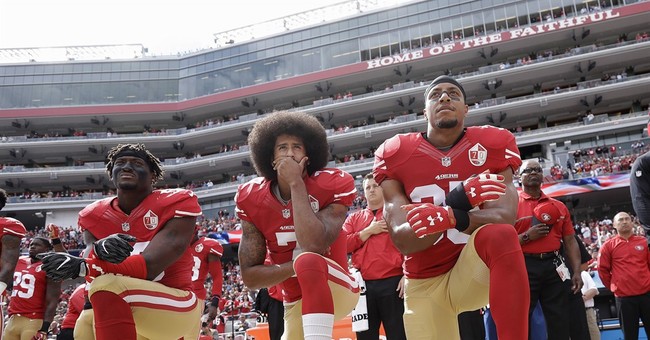 ESPN personality Max Kellerman said Thursday that the NFL 'injects' politics into the game by playing the national anthem.

“They both were asked to do things that went against their conscience,” he said.

"In Muhammad Ali’s case, he was asked to take a step forward and become a part of the Vietnam War, and he was against it on religious and moral and ethical principles, and he refused to take the step and he faced five years jail time but was ultimately vindicated in a Supreme Court case. OK, but he did have his prime stripped, his license revoked and he couldn’t earn a living for four years, all that."

Likewise, Kaepernick “also did not go looking for a protest,” he said. “It came to him.”