Report: Sessions Offered to Resign Over Tense Relations With Trump 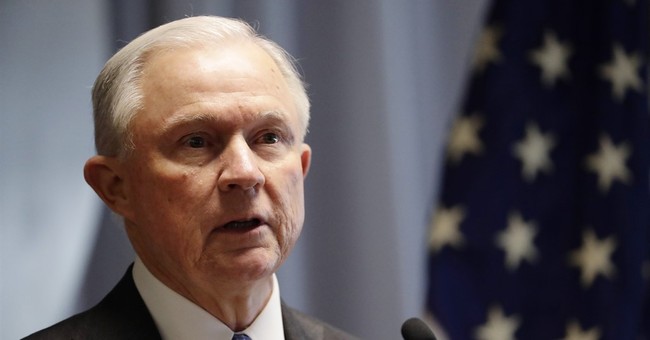 The relationship between President Trump and Attorney General Jeff Sessions has become so tense, Sessions offered to resign, according to an ABC News report based on unnamed sources.

The friction between the two men stems from the attorney general's abrupt decision in March to recuse himself from anything related to the Russia investigation -- a decision the president only learned about minutes before Sessions announced it publicly. Multiple sources say the recusal is one of the top disappointments of his presidency so far and one the president has remained fixated on.

Trump’s anger over the recusal has not diminished with time. Two sources close to the president say he has lashed out repeatedly at the attorney general in private meetings, blaming the recusal for the expansion of the Russia investigation, now overseen by Special Counsel and former FBI Director Robert Mueller.

But sources say the frustration runs both ways, prompting the resignation offer from Sessions.

Syndicated columnist Charles Krauthammer said Tuesday the report is “quite serious” because “it's happened before and then within a few days, that person was gone.”

“This is a problem for the president's self-control,” he said on Fox News’s “Special Report with Bret Baier.” “The attorney general is a pillar of this administration and the president -- he's always going to have a disappointment here and there with anyone who works for him. Happens in all the administrations. If you can’t absorb this one issue on which he disagrees, the recusal, and you have to get rid of him, then nobody is safe and then you have an intrinsically highly unstable administration reflecting instability inside the president's head. This is really bad."