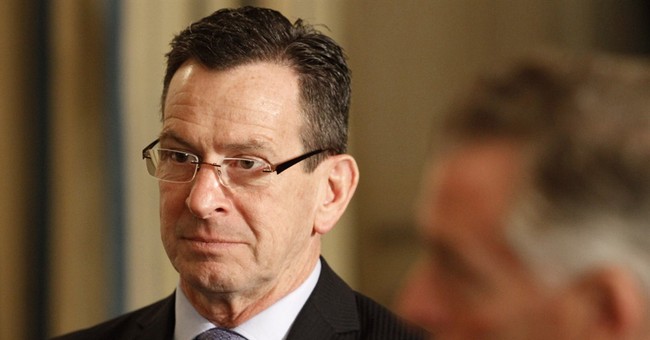 Connecticut Gov. Dannel Malloy announced Thursday that he will not seek a third term in 2018.

The Democratic governor did say, however, that he will complete the remaining two years of his term.

Malloy has had low approval ratings throughout his governorship, and the state continues to struggle with a budget gap and sluggish economy.

Mr. Malloy’s stewardship of the state’s finances and economic performance has dragged down his approval numbers since his first year in office.

Earlier this week, a nationwide survey by media and technology company Morning Consult pegged Mr. Malloy as the country’s least popular Democratic governor with a job approval rating of 29%. The survey was based on weekly online polls of more than 85,000 registered voters between January and March.

In his first year as governor, the state faced a $3.6 billion budget hole. The governor pushed through $1.5 billion in tax increases to help close that shortfall, a decision that dogged him throughout his first term. In 2015, Mr. Malloy approved a budget plan that raised taxes on the state’s wealthiest residents and businesses.

The state currently is facing a $1.7 billion deficit.

“Inherent in the nature of our democracy is that no governor, no mayor, or no president for that matter, ever sees their vision fully realized,” he said at a news conference.

The announcement so far out gives both Democratic and Republican candidates plenty of time to prepare.

The Republican Governors Association already issued a statement about the opportunity the opening presents for the GOP, arguing that Malloy’s “toxic legacy” will hurt Democrats’ chances in 2018.

“Malloy’s decision to not seek re-election creates a top pick-up opportunity for Republicans in 2018 and represents yet another failed recruiting effort for the DGA. As the most unpopular Democrat governor in the country, Connecticut gave up long ago on any hopes of effective governance from Malloy, and now Malloy is giving up on Connecticut,” an RGA statement reads.