Even Schumer, Pelosi Applaud US Airstrikes in Syria 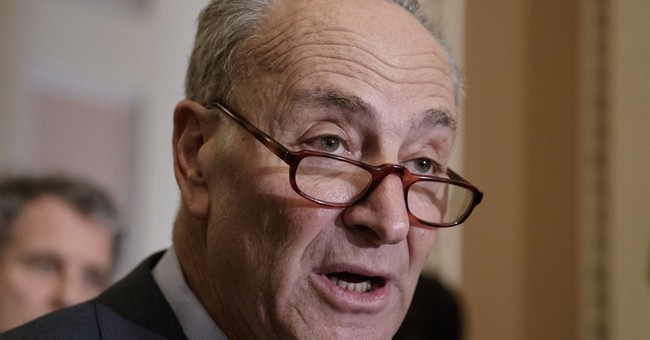 "Making sure Assad knows that when he commits such despicable atrocities he will pay a price is the right thing to do," Schumer said in a statement released Thursday. "I salute the professionalism and skill of our Armed Forces who took action today."

"This week’s unspeakable chemical weapons attack is only the latest in a long series of horrors perpetrated by Bashar al-Assad on innocent men, women and children,” Pelosi said in a statement. “Tonight’s strike in Syria appears to be a proportional response to the regime’s use of chemical weapons.”

Both, however, did join many of their Democratic colleagues in calling on the administration to seek congressional approval if further action is planned.

“It is incumbent on the Trump administration to come up with a strategy and consult with Congress before implementing it,” Schumer said.

“If the President intends to escalate the U.S. military’s involvement in Syria, he must to come to Congress for an Authorization for Use of Military Force which is tailored to meet the threat and prevent another open-ended war in the Middle East,” Pelosi added.

Responses from Democratic lawmakers to the missile strikes were decidedly mixed.