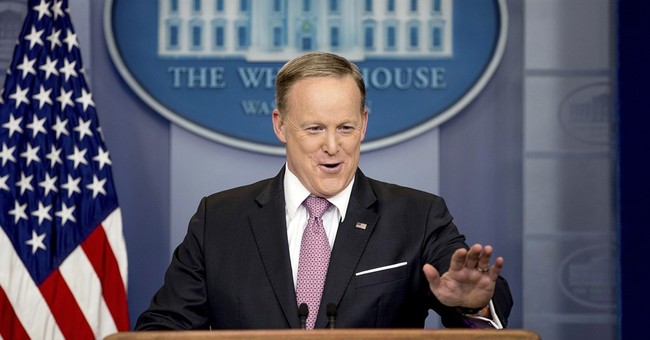 White House Press Secretary Sean Spicer was accosted by an angry member of the anti-Trump Resistance movement while shopping at an Apple store in Washington, D.C. on Saturday.

"How does it feel to work for a fascist? Have you helped with the Russia stuff? Are you a criminal as well? Have you committed treason too, just like the president?" the woman asked Spicer while filming the interaction.

"Such a great country that allows you to be here," Spicer responded.

The press secretary was trying to mind his own business and keep a low profile, but the woman followed him around, asking him if he “feels good” about "lying to the American people" and working for a “fascist.”

Asking @PressSec questions in Apple Store since he doesn't like the press. https://t.co/l493z2gG4x

The woman who confronted Spicer said in a Medium post about the experience that his comment to her is “racism and it is an implied threat.”