A Democratic Lawmaker Hissed at Trump During Speech 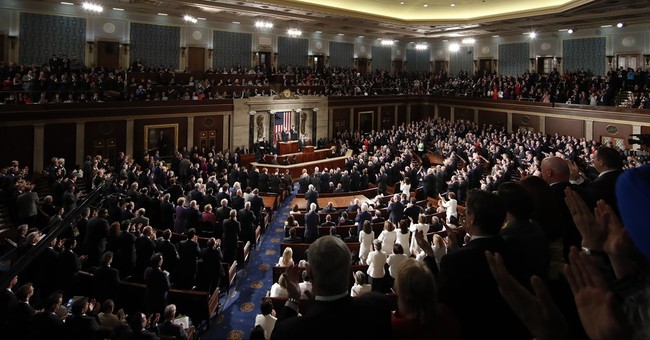 Democrats protested President Trump during his first address to Congress any way they could Tuesday night. Matt reported that Democrats audibly groaned when the president discussed the victims of immigrant crime and his creation of an office dedicated to giving them a voice, and Cortney pointed out that Democratic women even remained seated when the president asked Congress to honor our soldiers. The Daily Mail seems to have caught another unbecoming moment from the left:

President Donald Trump took his first mission-critical trip down Pennsylvania Avenue on Tuesday to address a Joint Session of Congress, telling his political opponents that 'the time for small thinking is over, the time for trivial fights is behind us.'

At that very moment, a member of the Democratic Party hissed.

Trump promised to reach out to members of both parties to “finally get the job done,” but based on many of the Democrats’ opposition to even nonpartisan references, such as recognizing the first lady, showing solidarity with Israel, and acknowledging the widow of Navy SEAL William “Ryan” Owens, the president will have his work cut out for him.