ICYMI: More Than 100 Fired For Skipping Work to Attend 'Day Without Immigrants' Protest 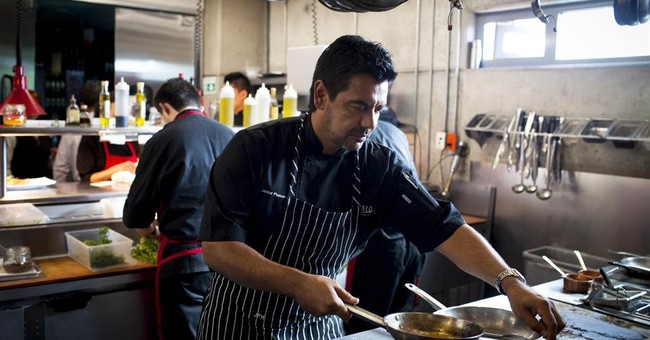 Employees across the country found out the hard way that you can’t just skip work to protest without finding someone to cover your shift with no consequences.

More than 100 employees were fired for participating in the “Day Without Immigrants” protest last week, NBC News reported.

Employees working at restaurants and day cares in New York, Florida, Tennessee and Oklahoma, among other states, were fired after they did not show up to work to participate in the demonstration.

Twenty-five workers at Ben’s Kosher Delicatessen Restaurant & Caterers in Long Island, N.Y., were fired as well. There, police escorted the workers from the restaurant after they returned from the protests. In a statement, the restaurant said employees were asked to find someone to fill their shift if they chose to participate in the event. The business also said that the owner dismissed several employees for pressuring colleagues to join the protest.

"While some employees opted to participate in the walkout, several others chose to work and, as a result, the leaders of the protest put pressure on the others to walk out, even threatening physical harm to colleagues choosing to work their shifts," John Zaher, a spokesman for the business, said in a statement.

"As it is Ben’s mission to provide a safe and welcoming work environment for all employees, company owner Ronnie Dragoon found this to be a cause for immediate dismissal of the employees who made the threats," the statement continued. "All other employees involved with the walkout were, and still are, invited to return to their positions with the company.”

The strike that took place last week was in protest of President Trump’s executive order on immigration and refugees.

Harris Pinpoints One Root Cause of Border Surge. Ted Cruz Shuts It Down.
Leah Barkoukis