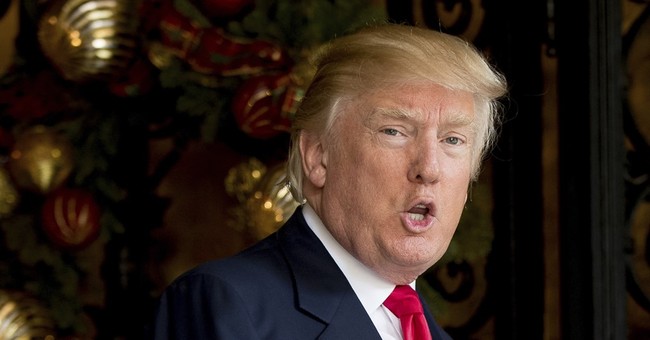 President-elect Donald Trump said Monday that he could’ve beaten President Obama if the election had been between the two men.

“President Obama said that he thinks he would have won against me. He should say that but I say NO WAY! - jobs leaving, ISIS, OCare, etc.” Trump tweeted.

Trump was responding to President Obama’s claim in an interview with David Axelrod that he’s “confident” he could’ve won a third term had he been constitutionally allowed to seek one.

Axelrod said it “would be fun to see THAT race!”

Didn't take long for @realDonaldTrump to react. It would be fun to see THAT race! To hear full @POTUS podcast: https://t.co/khM253oHKc https://t.co/XxFE0B0D1E

According to recent Rasmussen and Gallup polls measuring approval ratings, Obama’s stands at 56 percent while Trump’s is below 41 percent.

Then again, Hillary Clinton was ahead of Trump in the polls before Election Day, so Axelrod is right—that would’ve been an interesting race to see pan out.