Merkel: 'We Must Assume' Attack on Berlin Christmas Market Was Terrorism 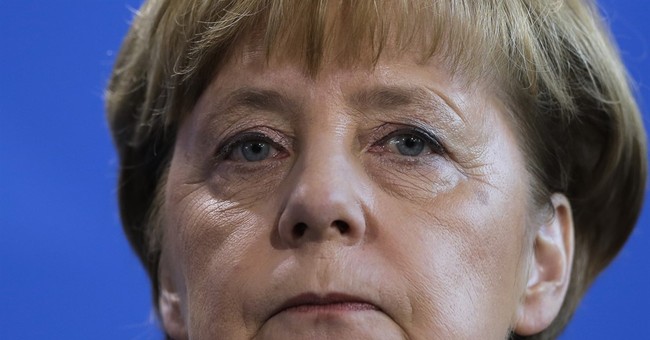 German Chancellor Angela Merkel said “we must assume” that the truck that ran into a crowd at a Berlin Christmas market on Monday “was a terrorist attack.” She also said it would be “repugnant” if it were true that the attack was carried out by a refugee.

"We don't know anything for certain, but we must assume it was a terrorist attack,” she said according to a live translation of her comments at a press conference.

"It would be very difficult for us to learn that a human being who came to Germany to ask for refuge and asylum committed this deed.

"It would be terrible for all Germans who are very active, day by day, in helping asylum seekers and refugees.

"It would be repugnant for those who are helping people who came to this country asking for our help."

Thus far 12 people died in the attack while nearly 50 others were injured.

The suspect was believed to be a 23-year-old Pakistani refugee identified as Naved B., but he reportedly has denied involvement, and now Berlin police are saying they are uncertain as to whether they have the correct suspect.

"Millions of people, including myself, are asking ourselves, how can you live with the fact that, while celebrating the festive season where we want to celebrate life, somebody has come along and taken so many lives. I only know that we do not want to, and we cannot live with it," Merkel said.

"We do not want to allow ourselves to be paralyzed by terror. It might be difficult in these hours, but we will find a strength to continue living life as we want to live it in Germany, in freedom and openness and together."