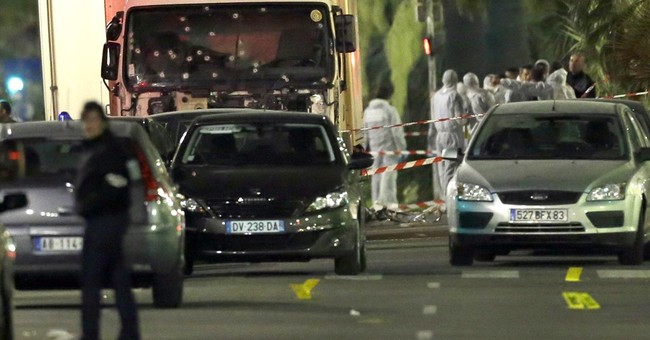 UPDATE (4:09 p.m. ET): The person arrested at the scene may have not been the driver.

A suspicious person was arrested near #Breitscheidplatz. Whether it is the driver of the truck, is currently under consideration.

A passenger in the truck was found dead at the Christmas market.

Police in #Berlin say the passenger in the truck that hit the #Breitscheidplatz Christmas market died on the scene. https://t.co/cRltw3dZq9

UPDATE (3:42 p.m. ET): Christine here, taking over for Cortney. The truck driver has been arrested by German police. He was located not far from the scene of the Christmas market.

At least 9 dead and 50 injured from truck massacre at a #Berlin Christmas market, treated by local authorities as a terror attack. #Germany

A truck driver has driven into a crowd of shoppers in a Christmas market in Berlin, Germany. Multiple people are reported to be injured. The attack is eerily reminiscent of the Bastille Day attack in France last year.

At least 50 people have been injured, CNN is reporting.