Trump Is Meeting With Kissinger Today 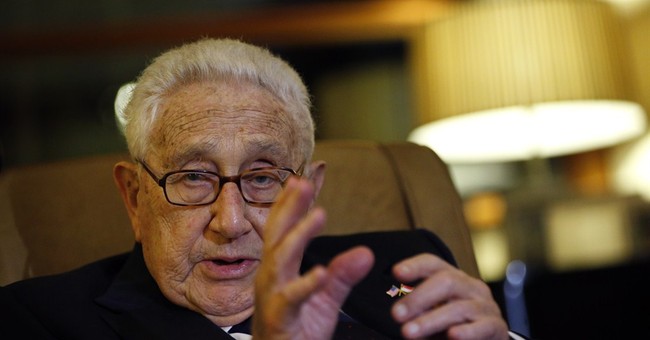 The former secretary of state met with Trump twice before—once during the campaign and after he won the presidency.

Kissinger met with China’s Xi JinPing on Friday, so some suspect Tuesday's meeting has to do with Trump’s Taiwan call.

Despite concerns about the move causing friction between the U.S. and China, Kissinger said he was “impressed” by China’s reaction.

"At this moment I've been very impressed at the calm reaction of the Chinese leadership, which suggests a determination to see whether a calm dialogue can be developed," he said at an event sponsored by the National Committee on U.S.-China Relations.