Poll: Majority Think Trump Will Do A Good Job As President 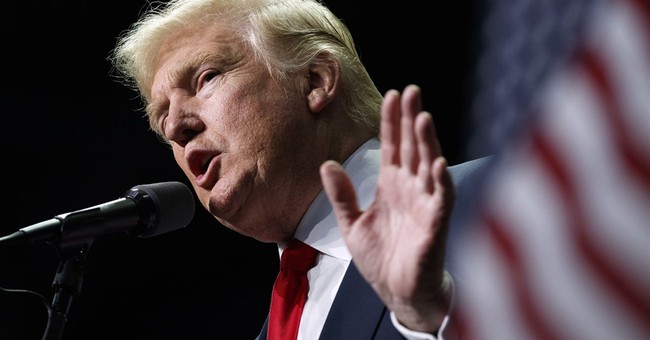 Despite the mainstream media and liberal elites being apoplectic over President-elect Donald Trump’s victory over Hillary Clinton, warning that he could destroy everything from America to the planet, a majority of voters seem to have confidence that he will do a good job as president.

Fifty-three percent of Americans think Trump will do a very good or fairly good job as commander in chief and 40 percent have “a lot of confidence” in his ability to handle the economy, according to a recently released CNN/ORC Poll.

That perception comes as majorities think Trump will achieve several of the goals outlined during his campaign as top priorities. Nearly three-quarters say Trump is likely to repeal and replace Obamacare, two-thirds think he will renegotiate NAFTA and 6 in 10 say he'll create good-paying jobs in economically challenged areas. Separately, 63% say they expect the economy to be in good shape a year from now, the highest share to say so since September 2012.

Americans are more divided over whether Trump will "drain the swamp" and reduce the amount of corruption in Washington (51% think that's likely), defeat ISIS (50% see that as likely) or build a wall along the border with Mexico (48% see that as likely).

People were also split on how Trump was handling the transition, with 45 percent disapproving and 46 percent approving.

Meanwhile, the president-elect’s popularity numbers have already improved markedly. According to a recent Politico/Morning Consult poll, his favorability has climbed 9 points, while his unfavorability rating dropped by 15 points.