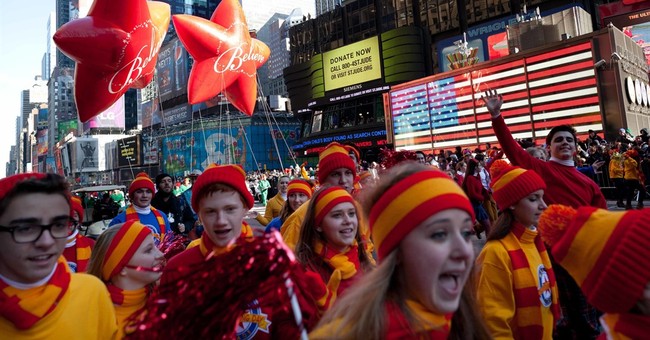 ISIS sees the upcoming Macy’s Thanksgiving Day Parade as an opportunity for extremist sympathizers in the West to carry out an attack similar to the one in Nice, France that killed 86 people over the summer.

The ISIS article offers a guide to inflicting maximum casualties using trucks, accompanied by a picture of the Macy's parade with a caption identifying it as an especially rich target for terrorists.

The guide suggests an operation closely similar to the tactic used July 14 — Bastille Day — in the French resort city of Nice, where Mohamed Lahouaiej Bouhlel barreled a 19-ton truck into a crowd of revelers, killing 86 people and injuring more than 200 others. Police shot and killed Bouhlel.

So-called vehicle ramming is attractive to potential attackers because it offers them an opportunity to conduct strikes without firearms or explosives and with "minimal prior training or experience,"the U.S. Department of Homeland Security has warned since as early as December 2010.

DHS is warning that the upcoming holiday season could present “opportunities for violent extremists” to attack.

"Though we know of no intelligence that is both specific and credible at this time of a plot by terrorist organizations to attack the homeland, the reality is terrorist-inspired individuals have conducted, or attempted to conduct, attacks in the United States," a DHS bulletin reads.