More Viewers Tuned In to Watch Trump's Speech Than Clinton's 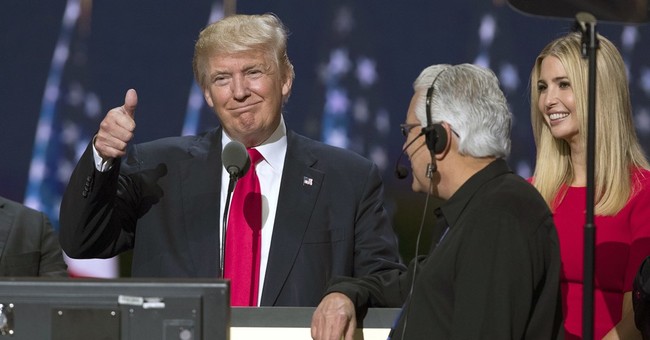 Donald Trump now has one victory against Hillary Clinton under his belt in the race for the White House. His acceptance speech at the Republican National Convention had higher TV ratings than Clinton’s at the Democratic National Convention, according to preliminary results.

Last Thursday at the Republican National Convention in Cleveland, 34.9 million people watched the Republican nominee across broadcast and cable networks.

This Thursday in Philadelphia, 33.3. million viewers saw Hillary Clinton give her historic speech as the first woman nominated for president by a major party, according to preliminary results.

As a whole, however, the DNC pulled in higher ratings than the RNC, forcing Trump to back down from claims he made ahead of the Democratic nominating convention that few would be watching.

Trump had boasted last week that "no one would watch" the Democratic National Convention and hailed the ratings of the Republican convention on Twitter. But after the Democrats beat the Republicans the first three nights in total viewers, Trump appeared to back away from his claim on the production of the GOP gathering last week.

"I didn’t produce the show — I just showed up for the final speech on Thursday,” he told The New York Times on Wednesday.

As far as ratings among broadcast and cable news networks, Fox News surpassed CNN, NBC, and MSNBC when it came to coverage for the eight nights of both conventions.