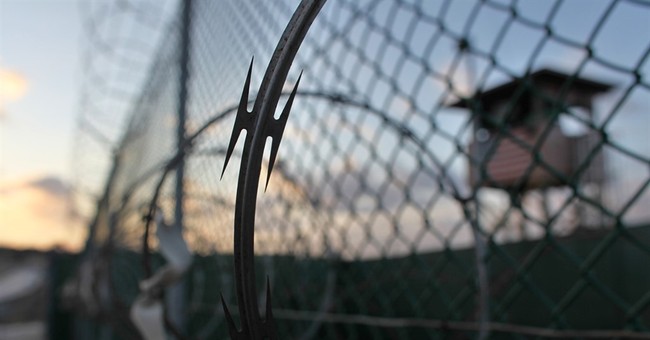 In late 2014, the U.S. released Gitmo detainee Abu Wa’el Dhiab to Uruguay. But now it seems the Syrian native has disappeared, as authorities have not seen him since June 6, Brazilian news organization Plus55.com reports.

FoxNews.com has the details:

A South American airline issued a memo to its employees Monday to be on the lookout for a former Guantanamo Bay detainee who was resettled in Uruguay after being freed by the U.S. and has since vanished.

The alert about Syrian native Abu Wa’el Dhiab adds to a growing mystery about his whereabouts. The Uruguayan authorities have insisted for weeks that he’s visiting neighboring Brazil and that as a refugee he is entitled to leave Uruguay. However, Brazilian authorities have said there is no record of Dhiab entering the country.

The Argentine web news portal Infobae published the alert, which warns employees that Dhiab may be using a fake passport. The image of the alert posted by Infobae said the information came from Brazil’s anti-terrorism police.

She said Dhiab had told friends in Uruguay's capital that he planned to keep to himself while spending the about-to-end Muslim holy month of Ramadan in the Uruguay-Brazil border region, where there is a Muslim community and mosques.

"He has a valid identity card, issued by the Uruguayan government, that allows him to go to other countries. He is not a fugitive from justice," Herrera told the AP over the weekend.

But just last week the U.S. Embassy in Uruguay said authorities were “collaborating” with officials in Brazil and Uruguay to locate Dhiab.

Dhiab was brought to Gitmo in 2002 for his suspected ties to al Qaeda.

Sean Spicer Speaks Out After Jen Psaki Attacks His Military Record: 'The Gloves Are Off'
Townhall
Joy Reid defends being anti-vaxx last year because 'anybody rational was hesitant' about the vaccine while Donald Trump was president [video]
Twitchy
Joe Biden Tried to Bully Joe Manchin, Here's How That Went
Redstate
The Morning Briefing: Mask/Vaccine Nazis Are Getting More Unhinged Every Day
PJ Media