Seriously? After Voting to Leave, Brits Were Googling What the EU Is 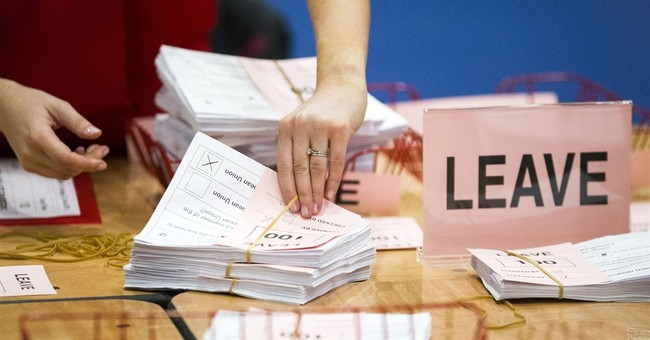 The UK made history on Thursday by voting to leave the European Union, but based on Google searches after polls closed, it seems many Brits had no idea what they were voting for.

At approximately 1 a.m. Eastern time, long after the last vote had been cast, Google Trends reported that searches for “what happens if we leave the EU” more than tripled.

Moreover, the second most asked question in the UK after the referendum results came in was, “What is the EU?” Seriously.

"What is the EU?" is the second top UK question on the EU since the #EURefResults were officially announced pic.twitter.com/1q4VAX3qcm

And it seems some people woke up with a case of buyer’s remorse.

"Even though I voted to leave, this morning I woke up and I just — the reality did actually hit me," one woman told a local news station. "If I'd had the opportunity to vote again, it would be to stay."

If your country is voting on a major issue, it’s probably best to do all your research before you head to the polls. Just a thought.