Sanders, Who Still Hasn't Dropped Out of Race, Says He'll Vote for Hillary 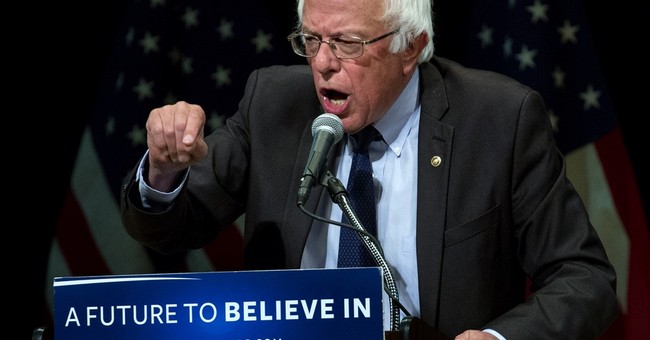 They may be in disagreement over a number of issues, but at the end of the day, Sen. Bernie Sanders said Friday morning that he will cast his vote for presumptive Democratic nominee Hillary Clinton in November.

“Yes,” he said when asked on MSNBC whether he’d vote for the former secretary of state. “Yeah, I think the issue right here is, I’m going to do everything I can to defeat Donald Trump."

“I think Trump, in so many ways, will be a disaster for this country if he were to be elected president,” he added.

Sanders said he didn’t want to “parse words right now” when asked whether his vote would be for Clinton or against Trump.

“What I am trying to do right now is to make sure that the Democratic Party becomes a party that represents working people, not Wall Street, that is prepared to have an agenda that speaks to the need of creating millions of jobs, raising the minimum wage to 15 bucks an hour, dealing with climate change, dealing with pay equity,” he said.

Sanders said he’s “pretty good in arithmetic” and knows Clinton has more delegates. But he noted he's he’s bringing 1,900 delegates into the Democratic National Convention. He said his goal is to reinvigorate the party, bring in "new blood" and have a party that represents working people.

He also explained why he’s not dropping out if he’s saying he’ll vote for Clinton.

“Why would I want to do that when I want to fight to make sure that we have the best platform that we possibly can, that we win the most delegates that we can and that we transform — the goal of our campaign was to transform this nation,” he said.