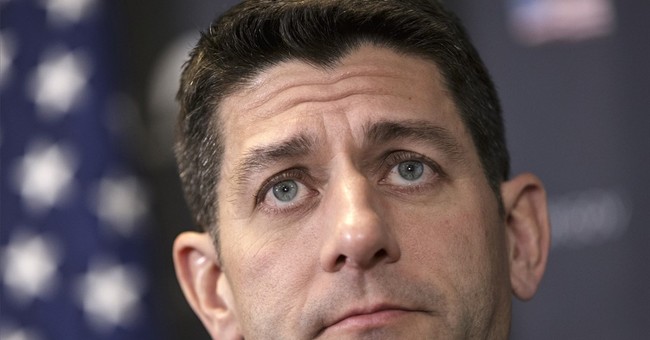 Speaker of the House Paul Ryan will reportedly face a primary challenge from a ‘wealthy businessman,’ The Washington Times reports.

While his name has not yet been revealed, the businessman reportedly has ties to the tea party and has donated to Ryan’s campaigns in the past.

Unhappy with the way the speaker has handled trade deals and immigration, the businessman promised that his challenge will “shake up the establishment in a profound way,” a political consultant for the prospective candidate told the Times.

The emergence of a viable Republican challenger in Wisconsin's 1st Congressional District is the culmination of a monthslong recruitment effort by tea party activists who say they were double-crossed by Mr. Ryan when he passed a $2 trillion spending package late last year.

Eric Odom, a conservative activist and political consultant in Wisconsin, confirmed with "100 percent certainty" that a local business leader would be running to oust Mr. Ryan.

"I've had the privilege of attending multiple meetings with this individual, during which he has expressed his sense of betrayal by Speaker Ryan. He has a strong desire to see real representation for the people of the district versus a congressman who represents special interests in Washington," he said.

"It's very personal for him," Mr. Odom added. "He intends to run a full-scale candidacy that will shake up the establishment in a profound way."

The source acknowledged that launching a successful campaign against Ryan will be an uphill battle given his powerful position as speaker of the House and the fact that Ryan has at least $5 million in campaign funds.

But the challenger, who felt “pushed to the edge and betrayed,” is reportedly ready to use a significant amount of his own wealth for the race.

Still, the discontent on the homefront for Mr. Ryan is part of the ongoing tension between conservatives who want aggressive action to implement a right-wing agenda and party leaders who have taken a measured approach. […]

Mr. Ryan came under fire from conservatives shortly after he took the job of speaker in October and almost immediately pushed through the $2 trillion spending bill, which renewed popular tax breaks and increased the federal deficit by hundreds of billions of dollars.

The spending package avoided a government shutdown by striking a deal that surrendered on conservatives' top priorities, including giving up the fights to defund Planned Parenthood and to block President Obama's plan to bring at least 10,000 Syrian refugees to the U.S.

It also enraged advocates for a crackdown on illegal immigration by funding so-called sanctuary cities that provide safe harbor for illegal immigrants and failing to rein in Mr. Obama's executive action to grant deportation amnesty.

Mr. Ryan defended the bill and his loyalty to the conservative cause.

"The members that asked me to become speaker, that elected me to speaker, know that I come from the conservative movement and that I'm a movement conservative with an eye on the prize, which is actually achieving success," Ryan said in an interview after the spending bill was passed.

"In divided government you don't get everything you want," he added. "So we fought for as much as we could get. We advanced our priorities and principles. Not every single one of them, but many of them."

Ryan’s campaign team seemed unfazed by previous chatter about a primary challenge, although they have not yet responded about this specific individual.