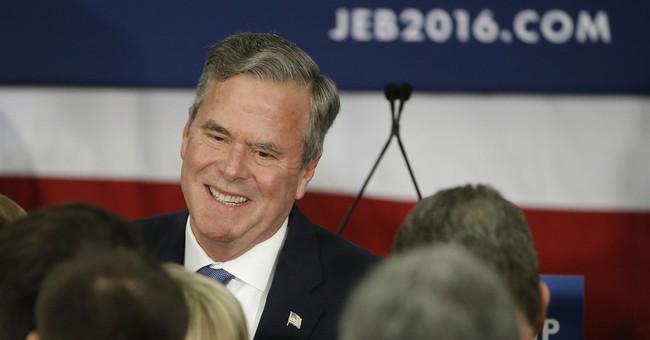 Jeb Bush has officially thrown his support behind former rival Ted Cruz, believing he is the only cure to Donald Trump’s “divisiveness and vulgarity.”

"Today, I am endorsing Ted Cruz for President," Bush said in a statement. "Ted is a consistent, principled conservative who has demonstrated the ability to appeal to voters and win primary contests. Washington is broken, and the only way Republicans can hope to win back the White House and put our nation on a better path is to support a nominee who can articulate how conservative policies will help people rise up and reach their full potential."

“For the sake of our party and country, we must move to overcome the divisiveness and vulgarity Donald Trump has brought into the political arena, or we will certainly lose our chance to defeat the Democratic nominee and reverse President Obama’s failed policies,” he continued. “To win, Republicans need to make this election about proposing solutions to the many challenges we face, and I believe that we should vote for Ted as he will do just that.”

Bush’s endorsement comes more than a month after dropping out of the race, and eight days after Marco Rubio called it quits. Rubio was likely hoping for an endorsement from his fellow Floridian, but the support never came.

“Jeb came to believe Marco was not up to the job of being President. It was never really under serious discussion,” a GOP source told Politico.

The endorsement, though some wonder if it has come too late in the game, is key nonetheless in helping Cruz among establishment Republicans.

Bush’s endorsement is a massive boost for Cruz with the establishment wing of the GOP, which he's struggling to win over as party regulars make frantic moves to stop Trump, who is dominating in the delegate race. And it comes at a time when he's facing strong competition from Ohio Gov. John Kasich, who has remained in the race and is courting the same mainstream Republican donors that Cruz badly needs right now.

The source close to Bush said: “Senator Cruz also met with Governor Bush in Miami before the last Republican debate there (as did Kasich and Rubio). Senator Cruz has demonstrated the ability to bring voters together and to win primaries (which is the key at this point). They have a mutual respect for one another. He is the absolute best shot Republicans have to defeat Donald Trump and then Hillary Clinton.”

The Bush source continued: “This is NOT an anti-John Kasich endorsement. Governor Bush has enormous respect for John Kasich and he enjoyed spending time with Governor Kasich over the past year – thinks he is a good guy and a good governor. At this point, the best path to victory is supporting the candidate who has been able to win states and win over voters.”

"I'm truly honored to earn Governor Jeb Bush's support," Cruz said in a statement. "Governor Bush was an extraordinary governor of Florida, and his record of job creation and education innovation left a lasting legacy for millions of Floridians. His endorsement today is further evidence that Republicans are continuing to unite behind our campaign to nominate a proven conservative to defeat Hillary Clinton in November, take back the White House, and ensure a freer and more prosperous America for future generations."